When Where How Pakistan WhenWhereHow.PK | Technology And Business News from Pakistan
Home Life Karachi is under attack from locusts 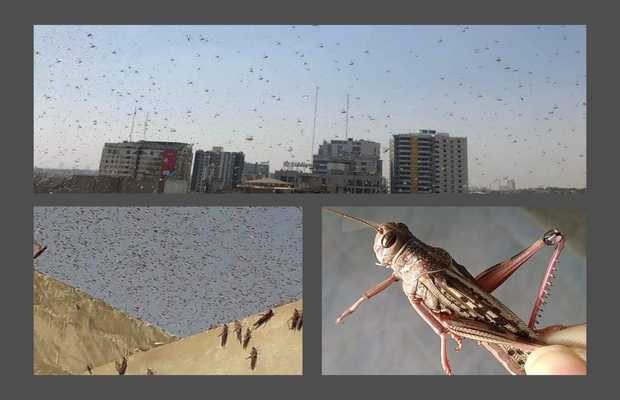 Locusts has come to the citizen of Karachi so take advantage, minister of agriculture.

While some people defined the scenes as horrifying and scary, other feared it could be a sign of epidemic.

According to a report, this is second biggest attack on the port city since 1961. Locusts stayed only few time in area of Karachi. Agriculture department visited Malair’s agricultural area in morning, but in any area of Malir locust did not damage the crops.

Experst says, heavy rains in Sindh and Baluchistan during the monsoon season forced locusts to move from the coasts of Baluchistan.

Sindh agriculture minister Ismail Rahu has released a video statement in which he says that locusts is going to Baluchistan after staying overnight in Karachi.

More he added “locusts do not hurt the people, so no need to get upset. The locals of Karachi can make biryani and Karachi of this.

This is third major invasion this year; first two stayed in the planes of Sindh and Baluchistan and destroyed the crops. Farmer of Dadu, Sanghar, Nawabshah complained that expired pesticides had worsened the situation.