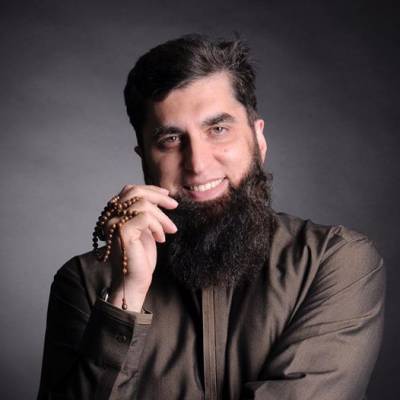 The 3rd death anniversary of renowned Naat Khawan and religious preacher Junaid Jamshed is being observed on Saturday December 7, 2019.

Junaid Jamshed Khan was a Pakistani recording artist, television personality, fashion designer, occasional actor, singer-songwriter, and preacher. After graduating with a degree in engineering from the University of Engineering and Technology in Lahore, Jamshed briefly worked as a civilian contractor and engineer for the Pakistan Air Force before focusing on a musical career.

Jamshed officially renounced music and engineering in 2004 after announcing to devote his life to Islam.

Jamshed was in Chitral, along with his second wife, Nayha Junaid, for a Tablighi Jamaat mission. On 7 December 2016, the two were returning to Islamabad aboard PIA Flight 661, which crashed near Havelian, Khyber Paktunkhwa, killing all on board.

Jamshed was en route to deliver the Friday sermon at the Parliament mosque. He is survived by his first wife, Ayesha, three sons, and a daughter. In 2018, Jamshed was afterward nominated for the nation’s third highest civilian honor, the Sitara-i-Imtiaz IN 2007.

She lost her life along with her husband and 46 others in Dec 7 air crash in Abbottabad.

Nayha Junaid remained the administrator of PFF women’s wing for two years from 2010 to 2012.

Nayha was not a footballer herself, but she organized the participation of Pakistan women national football team in South Asian Games for the first time.