When Where How Pakistan WhenWhereHow.PK | Technology And Business News from Pakistan
Home How to KitKat will come in paper packing instead of plastic Kids can enjoy origami out of this 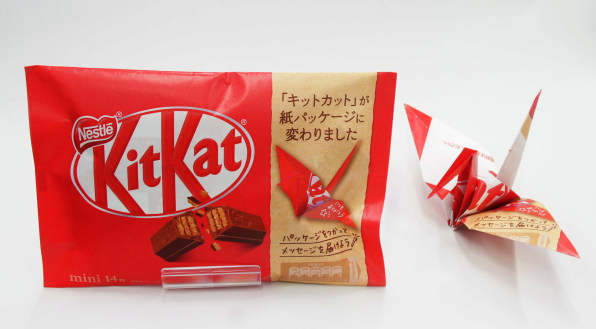 Nestlé, announced that it had committed to exclusively issue 100% recyclable packaging for its candy by 2025.

As part of that goal, Nestlé’s Japan confectionery branch recently released new packaging for its popular miniature KitKat chocolate bars, which will now be wrapped in paper instead of plastic.

By switching to an ecofriendly wrapper, it will cut down roughly 380 tons plastic each year.

It is to be noted that plastic pollution affects, living organisms, particularly marine animals, wildlife, wildlife habitat and humans.

KitKat first launched in the UK in 1935 as ‘Chocolate Crisp’. The KitKat brand name and logo were introduced on pack in 1937, and available in more than 80 countries.