When Where How Pakistan WhenWhereHow.PK | Technology And Business News from Pakistan
Home Life Once Again, a Muslim Girl target of Islamophobic in UK 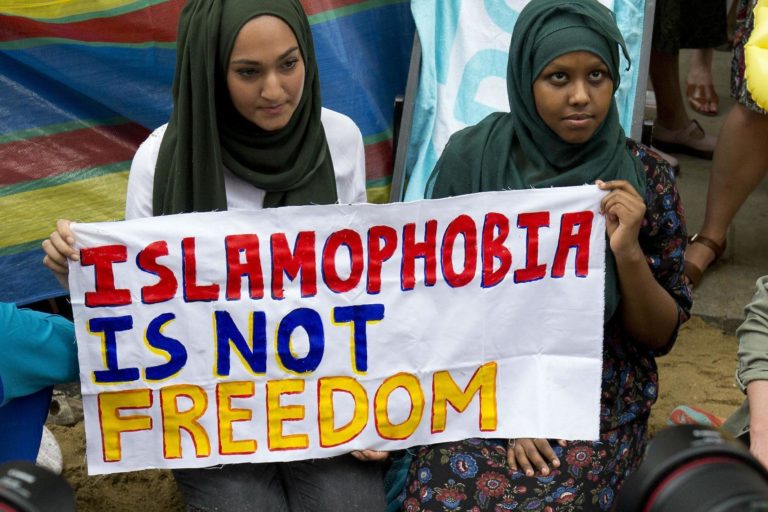 A man and a woman after a video on social media showed the woman attacking a teenage Muslim schoolgirl on a local bus in Northern England.

The cellphone footage from Wednesday shows the 40-year-old woman hitting the 14-year-old Muslim schoolgirl on the floor repeatedly and a man shouting Islamophobic insults.

The assault on the young girl started on a single-decker service bus, bound for Ecclesfield, Sheffield, in South Yorkshire, and then continued outside the bus.

The teenager’s sister, posting on Facebook, said: “My sister is the one who was attacked.

“We were in A&E all night; she has a black eye and scratches on her face and neck.

“She needs to go back for another check as the doctors think she may have a fractured eye socket.”

She said that all the children who witnessed the violence were ‘traumatized’.

Police said they were called to the Nursery Tavern in Sheffield following “reports of racial abuse” and that “a man and a woman were asked to leave the premises.”

But the same man and woman, who appear in the video footage, were later involved in the assault of “a 14-year-old girl,” according to the statement.

The woman and a 44-year-old man have been arrested in connection with the incident, according to the South Yorkshire Police.

The girl’s school also made a statement on the incident.

“We are aware of an incident that has happened outside of school where it appears that some of our students have suffered abuse from members of the public,” said Silverdale School.

“We are supporting the students and their families in any way needed,” it said.

“Given that this is an ongoing police investigation, we won’t be commenting further.”

Islamophobia in the U.K. has shown a sharp rise since the 2017 terror attacks in London and Manchester.