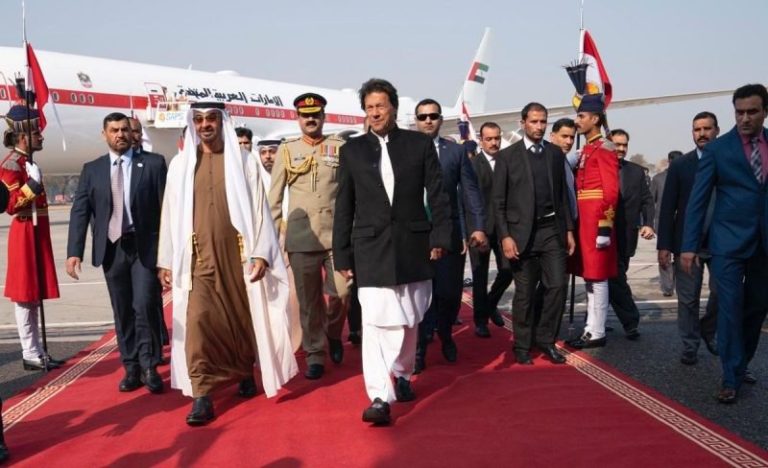 The Abu Dhabi crown prince will have a one-on – one meeting with the premiere today, a statement released by Foreign Office Spokesman Aisha Farooqui.

Hamad said that the two leaders will explore “the ways in which the two countries can improve bilateral relations and exchange views on issues of mutual interest and regional and global situation.”

The Crown Prince’s visit would further strengthen relations between Pakistan and the UAE.

The last time Sheik Mohammad was invited by the Prime Minister to Pakistan in January 2019. The first tour in 12 years by a UAE president. The Premier had driven the Royal Guest to the airbase in Nur Khan in Rawalpindi, after leaving the official protocol.

The journey follows a visit by Prince Faisal binFarhan Al Saud, Saudi foreign minister. Prince Faisal held critical meetings last week in which he extended the Riyadh “normal assistance to the core national interests of Pakistan” to include a greater role of the Organization of Islamic Cooperation in the Cashmir dispute with Prime Minister Imran Khan and other senior official.