When Where How Pakistan WhenWhereHow.PK | Technology And Business News from Pakistan
Home Business World Press Freedom Index 2019: Pakistan Faces the Setback in the Latest Rankings 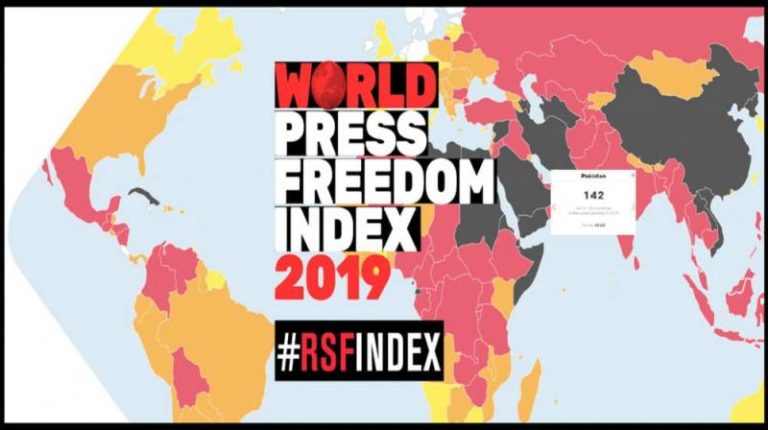 Pakistan faces the reverse in the latest rankings in the World Press Freedom Index 2019.

In the World Press Freedom Index 2019, Pakistan has slipped three points. The index of a Paris-based multinational Non-Profit Organization, which advocates for media freedom, is created by Reporters Without Borders.

The agency has cited alleged media curbs on the country’s print and electronic media, especially during the 2018’s general elections.

In the run-up to the general elections during July 2018, the military establishment, opposed to independent journalism, has significantly increased its intimidation of the media. The military controlled the media in many instances of overt censorship.

Compared to 2013, when Pakistan ranked 159, the rank is still significantly improved.

With a marginally improved global score of 45.75, India is sitting two places above Pakistan at 140th spot.

Even the champion countries of democracy and the freedom of expression have failed to make it to the top ten, with the United Kingdom on the 33rd and the United States reeling at the 48th position. All the top five countries are European; Norway, Finland, Sweden, Netherlands, and Denmark.