When Where How Pakistan WhenWhereHow.PK | Technology And Business News from Pakistan
Home How to Watch: UK Envoy Expresses Love for Pakistani Food and Cities in Urdu 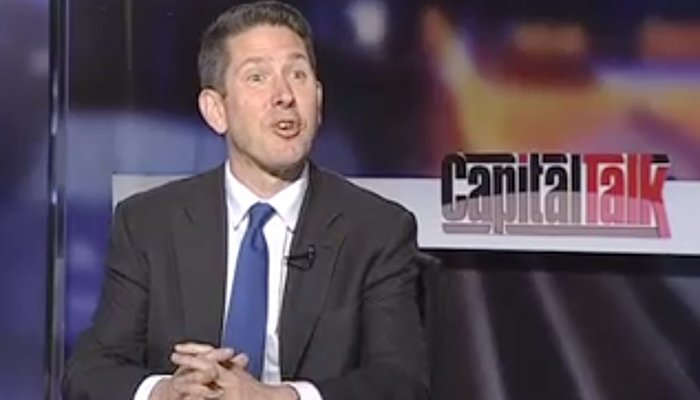 Dr Christian Turner, who knew the British High Commissioner for Pakistan, was a huge fan of the Biryani or of the sumptuous foods Karachi has to bring. Ironically, in amazing Urdu he shared his affection for Pakistan’s food and cities.

In the light of his’ Capital Talk’ show, the UK’s senior commissioner spoke to Geo News anchor Hamid Mir where he made some fascinating remarks on Urdu too.

“Well, I should say first of all, Pakistan boht khoobsurat hai (Pakistan is very beautiful),” he said, much to Mir’s delight. “Meri Urdu kharab hai. Thodi jaanta huI.” (My Urdu is bad, I know a little of it.”

In response to a question by Mir as to when Pakistan can host English cricketers on its home soil, he said,”Ahista ahista (slowly, slowly). We will take small steps,” he added.

Turner agreed with the old saying “Lahore Lahore Hai (Lahore is Lahore)” and said that all he had done for three days when he visited the Old City was eat. The envoy revealed he was fond of Karachi’s biryani when he said it was “Boht mazedaar (very delicious)”.

When Mir told him that the next time Turner comes to ‘Capital Talk’, he would like to conduct the British envoy’s entire interview in Urdu.