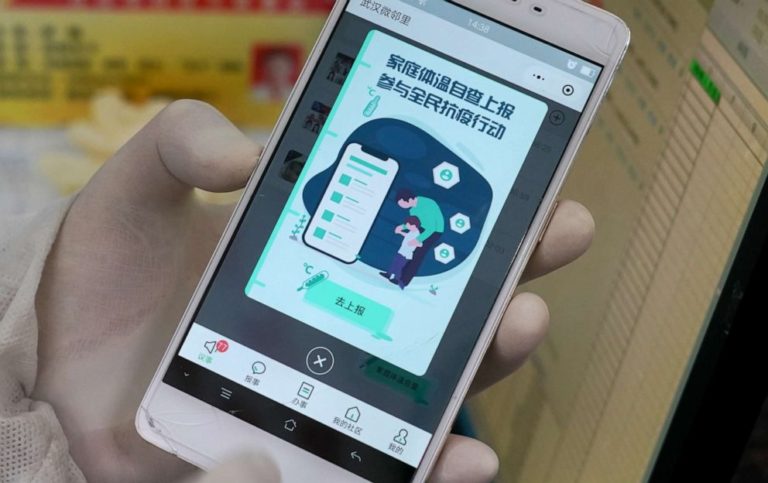 Chinese authorities have released an app for the fight against the spread of the latest coronavirus, with CoViD-19 death tolls reaching over 1,000 in this country and with more than 40,000 confirmed cases.

The smartphone app, known as the “closer touch detector” is intended to let people know if they are contracting the disease from someone close to them.

While it has courted some privacy concerns, some experts say those are currently outweighed by public health benefits amid what the World Health Organization has dubbed a global health emergency.

“These new apps are helpful, but we’re all waiting to see if it can do much to reduce the spread,” Dr. Irwin Redlener, the director of Columbia University’s National Center for Disaster Preparedness, told ABC News Tuesday.

“Will it stop the epidemic? No, but it will help individuals figure out if they are at risk,” he added.

Meanwhile, in an enclosed and air-conditioned train car, all passengers and crew members in the car would be classified as being in close contact.

If you have been alerted that you were in close contact with someone who is sick, you are advised by the app to stay at home or get in touch with local health officials.

Although China’s officials did not specify how the app detects those infected with coronavirus, the app has received support from the Ministry of Transport, China Railway and the Civil Aviation Administration of China “to ensure accurate, reliable and authoritative data,” Xinhua reported.