When Where How Pakistan WhenWhereHow.PK | Technology And Business News from Pakistan
Home New Alert For the Fist Time HBL PSL 2020 Action to be Called in Urdu 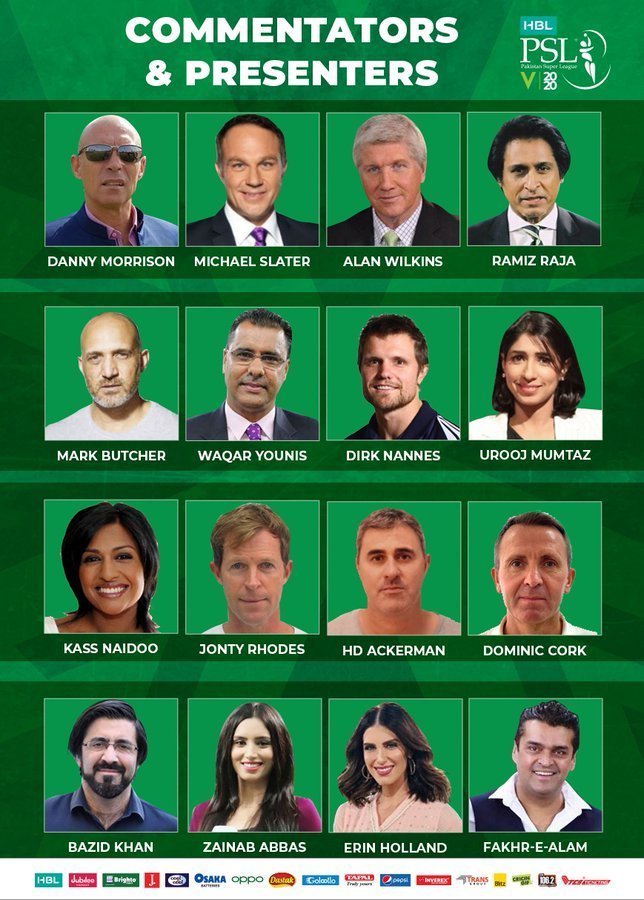 The league’s fans and followers will be watching cricketing action in the country’s national language for the first time in the HBL Pakistan Super League history.

A star-studded commentary panel including Ramiz Raja, Bazid Khan, Waqar Younis and Urooj Mumtaz will call action in Urdu for five overs every innings, which will be carried on the local feeds.

This improvement is part of the PCB’s effort to provide its fans and supporters with an enhanced live coverage that will bring people closer to the event and the game.

In another new effort, the SpiderCam will engage players and analysts during the two eliminators and the final through Lahore, which will give fans the essence of on-site action.

The coverage of the most-anticipated league will be done in full High-Definition by 28 cameras, which include Ultra motion and Super SloMo cameras, and to bring up-and-close experience of every match, SpiderCam and Hawkeye will implemented across all four venues – Karachi, Lahore, Multan and Rawalpindi – along with real-time graphics and augmented reality.

“It has been an absolute honour for me to remain associated with HBL Pakistan Super League since its very first game back in 2016 and I am certainly looking forward to being in Pakistan this year for the fifth edition. This is a special occasion for everyone associated with HBL PSL and I feel lucky that I will be a part of this historic event.”

“Pakistan is a fascinating country and when you talk about cricket, Pakistani fans make every experience extremely memorable. I have always loved being in Pakistan and I certainly look forward to a very entertaining HBL Pakistan Super League this year. There are some very talented star players who will be in action and that means we will get to see quality cricket.”

“These are exciting times for Pakistan cricket with all 34 HBL PSL games taking place in Pakistan. The quality of broadcast in HBL PSL has been a hallmark over the years and it is just lovely to be involved in such a high quality production once again.”

Meanwhile, the Pakistan Cricket Board has also announced the online streaming platforms and broadcast partners, which will take the on-field all over the world.

Fans in Pakistan will be able to live-stream the entire HBL PSL 2020 on YouTube on BSports, along with cricketgateway.pk, Tapmad, Jazz TV and Mjunoon.tv.

The following is the list of the region-wise broadcast partners – updated till 15 Feburary: