When Where How Pakistan WhenWhereHow.PK | Technology And Business News from Pakistan
Home Life Six Dead, Dozens Hospitalised After Inhaling ‘Poisonous Gas’ in Karachi 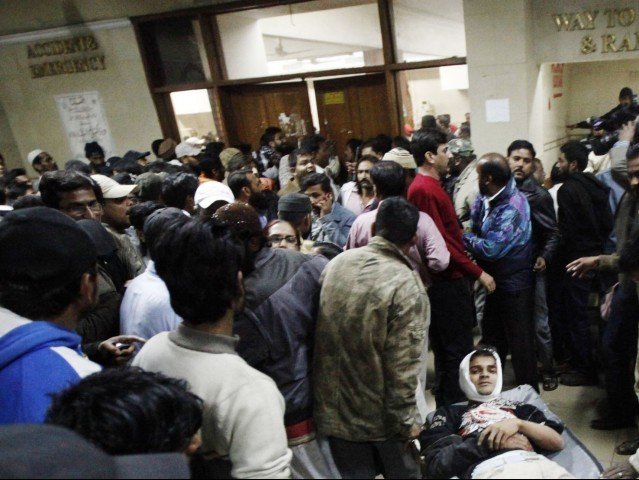 After having been exposed to poisonous gas in the Karachi region of Kemari on Sunday, at least six people were killed and dozens hospitalized, Express News said in a quote from officials.

The gas was reported to have been emitted from a container carrying chemical for peas, which affected more than 70 in the various districts near the port of Karachi, according to the Senior Superintendent of Police Muqaddas Haider (SSP).

The victims have been shifted to the hospital and causes of the incident are being ascertained, he added. The police official said that the authorities concerned have already been informed about the incident.

The administration of Ziauddin Hospital has confirmed that over 50 patients were brought to the hospital suffering from experiencing stomach ache and breathing problems.

Meanwhile, Maritime Affairs Minister Ali Zaidi expressed grief over the loss of lives and directed the port authorities to investigate the cause of the gas leakage.

He also said that the incident did not occur in the port premises.

“I have directed KPT [Karachi Port Trust] to investigate & establish facts. Meanwhile [the] KPT has also been directed to treat the patients at the KPT hopsital in Kemari. Rest assured, details of the sad incident will be shared in due course & those responsible will be dealt with severely,” he said in a series of tweets.

By the Help of Almighty, things are now getting under control. NBCD team is deployed & are investigating root cause of the poisonous gas. I have just now personally visited East Wharf & checked on the ships, including the vessel carrying soya bean from the US without any mask. pic.twitter.com/kq5PM20NYH