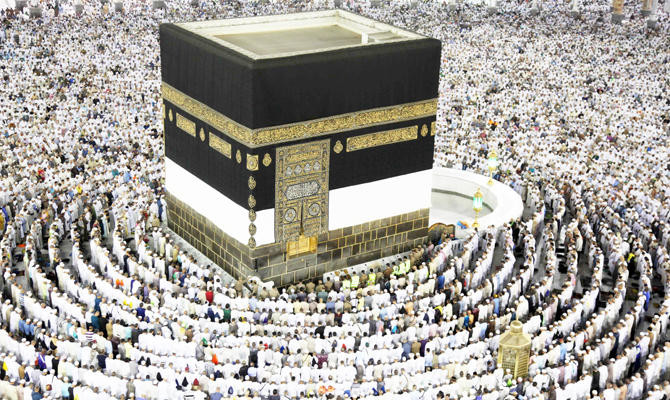 The Saudi Ambassador in Islamabad Nawaf bin Said Al-Malki has said that ban on issuance of Umra and visit visas will be lifted after introducing a safety mechanism.

Al-Malki said that a precautionary measure was imposed on visitors to Saudi Arabia from 72 countries in his meeting of the Federal Minister for Religious Affairs Noorul Haq Qadri, who met him at the Saudi embassy here

“The ban has been imposed for a temporary period and it will be lifted after adopting a safety mechanism,” he said.

The Saudi envoy told the minister that all the expired visas of Pakistani Umra Zaireen would be extended so that they did not face any difficulties. A statement issued by the Ministry of Religious Affairs said that the Ministry was continuously in contact with the Saudi government on the issue.

The two sides also agreed to hold another meeting in Islamabad, next week. Meanwhile, the Minister in a video message rejected reports circulating on social media that condition of producing a declaration for intending pilgrims on belief in ‘Khatam-e-Nabuwwat (SAW) has been lifted.

“There is no truth in such reports. Every intending pilgrim will have to sign or fix thumb impression on the declaration,” the minister said.

He clarified that the document circulating on social media was a data form whereas the written declaration or affidavit exists on a separate page. “We have complete faith on Khatam-e-Nabuwwat (SAW) and cannot even think of deviating from it,” he said.