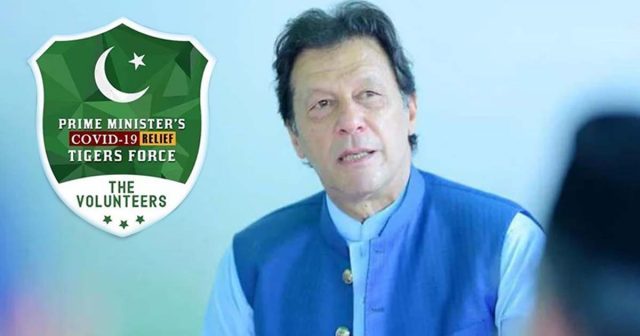 A large number of youth want to register themselves with the force, Usman said adding that they are collecting the data and would expand its parameter to the district level.

He said that the opposition was trying to create a controversy regarding the force, but he wanted to convey to them that it would be formed above party lines.

Dar said the force would work in collaboration with district administrations to look after the affairs of quarantine centers.

He highlighted that in emergency situation, it would also ensure uninterrupted food supply to the less-privileged people at their doorsteps.

He said the PM wanted to engage the youth in the fight against COVID-19, keeping in view their enthusiasm and efficiency that they had showed in the past at the time of natural calamities.

He said every country around the world was calling their volunteers to work collectively.

He further urged the youth to get themselves registered with Citizen Portal to support Prime Minister Imran Khan in national service of helping people during lockdown.

Usman said the Prime Minister has assigned the task of delivering essential commodities to the needy people during the current coronavirus crisis to the youth as they have always been a supportive hand of Imran Khan in social work.

Replying a question, he said the word “Tiger” should not be attributed to any political party. Every youth serving the society is tiger.

He said Imran Khan was calling them tigers since the day when he had not joined politics.

After completion of the registration process, the data collection will be competed till April 10 in which details of the deserving families will be collected from across the country, he added.

The programme will enlist people over the age of 18 through the Citizens Portal, he said.

The registered volunteers will work with the district administrations and the National Disaster Management Authority (NDMA).

They will be assigned responsibilities on a daily basis, he informed.

The youth will join the frontline in the fight against coronavirus along with nurses, paramedical staff and doctors the responsibilities of Corona Relief Tiger Force include delivering food & essential commodities, awareness campaigns, identification of poor people, quarantine management etc, he explained.