Skip to content
You are here
Home > Business > For the First: No ‘Sasta Bazaar’ this Ramazan 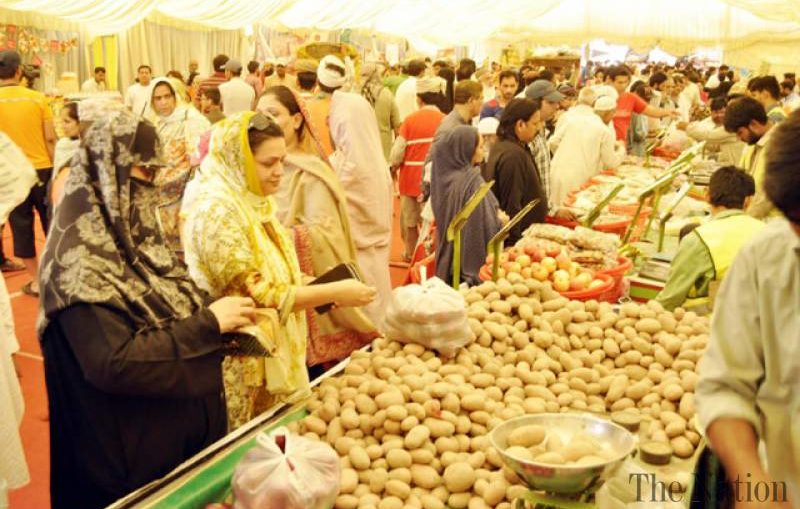 In view of the precarious situation arising out of COVID-19, the local administration has decided not to set up ‘Ramazan Sasta Bazaars’ in and around Rawalpindi district this year.

The Punjab government has issued a notification and directed concerned management to strictly follow the orders to protect the valuable lives of people in this regard.

Punjab cabinet has already recommended not to hold ‘Ramazan Sasta Bazaars’ and instead provide direct relief to the citizens in shape of cash.

Additional District Collector General (ADCG) Zaheer Anwar Jappa confirmed to ‘The News’ that local management has decided not to establish ‘Ramazan Sasta Bazaars’ in any area. Punjab government has strictly directed to follow the orders in this regard, he said. He also said that daily goods should also not be sold through trucks and sale points.

He said that special price checking force has been formulated which will remain present in bazaars to arrest hoarders and profiteers. The price magistrates will perform duty round the clock in the holy month to arrest profiteers and hoarders, he warned.

The Punjab Cabinet Committee had also decided that at district level across the province masses would be given relief through cash distribution. The Punjab government is also considering some other proposals for providing relief to the people during Ramazan.

However, Chief Minister Punjab Usman Buzdar has not yet finalized the procedure to provide cash relief to needy people while the month of Ramazan is just around the corner.