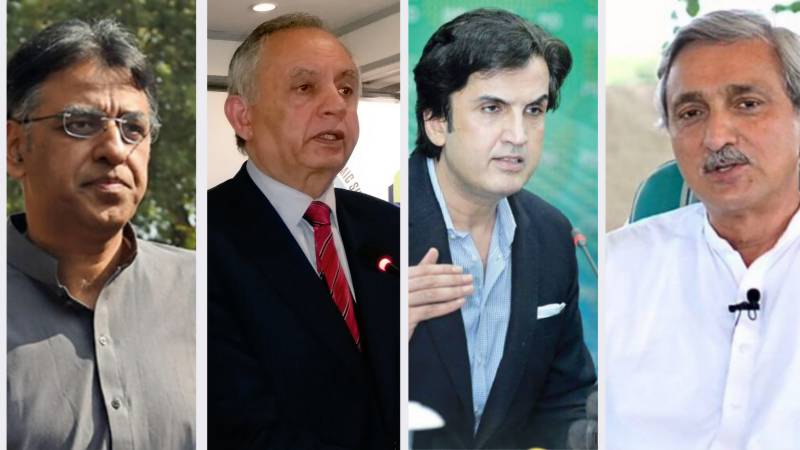 The federal cabinet on Thursday decided to make the sugar inquiry commission’s report public and authorised the FIA to lodge criminal cases against the accused.

The report on the sugar scandal, which rocked the PTI government, also mentioned the conflict of interest, as the matter would be referred to NAB too. The decision came as the sugar commission report was tabled before a special meeting of federal cabinet after Prime Minister Imran Khan reviewed the document before the gathering.

The report says Asad Umar, Abdul Razak Dawood and the Punjab cabinet were responsible for the scandal. On the other hand, Khusro Bakhtiar, Jahangir Tareen, Suleman Shehbaz and Moonis Elahi were among the beneficiaries.

The report mentioned that the decisions to grant subsidy and allow the sugar export were wrong, as sources said the federal cabinet had recommended that the amount should be recovered from the responsible persons. About the Punjab government, the document says it awarded subsidy at a time when the sugar price was increasing in the domestic market.

A total of 0.474 million (474,000) tonnes of sugar out of 0.762 million (762,000) tonnes had been exported by the time the subsidy was withdrawn. A total of 15 sugar mills took advantage of the Rs3 billion subsidy with Tareen being the biggest. His JDW Sugar Mills received Rs560 million as subsidy while Shamim Ahmed Khan’s two units got Rs400 million. Meanwhile, the sugar mills owned by Makhdoom Umer Shehryar pocketed Rs450 million.

He is a close relative of Khusro who along with Moonis are his partners. Similarly, the Indus Sugar Mills owned by Ghulam Dastgir received Rs140 million in subsidy. Addressing a press conference in Islamabad, Shahzad Akbar – special assistant to the prime minister on accountability – said the basic issue raised by the commission that the subsidy had been awarded in Pakistan without first determining the cost of production.

The sugar industry was working as a cartel and regulator had been unable to check the cartelisation trend, he added. The forensic audit also revealed, Shahzad said, that there was a huge difference in the cost of production claimed by the sugar mills owners and the actual value found by investigators.

He said the sugarcane growers were getting a rate for their produce much less than the fixed support price while the mills owners also manipulated in weighting the produce besides using informal banking – like giving loans at the interest rate of up to 35 percent – to exploit them.

About cost inflation, he said the owners used tools like over invoicing, including the administrative expenditure and not mentioning the income made through byproducts. Another source of hidden income is sucrose content which is claimed to be 9.5 to 10.5 percent, but there is no independent assessment, he said, adding that it was much higher. The report, Shahzad said, the sugar owners were also behind market manipulation to increase the market price through issuing advance delivery orders at a higher price.

Meanwhile, around 25 percent sugarcane isn’t accounted for due to under reporting while the owners are also keeping double books, he said. Another irregularity exposed by the report is that the mills have increased the production capacity without any approval and thus the production obtained through this is a huge source of untaxed income, he mentioned. Shahzad noted that the government had given a total of Rs29 billion in subsidy during the past five years but the actual income tax paid by the entire industry was Rs10 billion as another Rs12 billion were refunds.