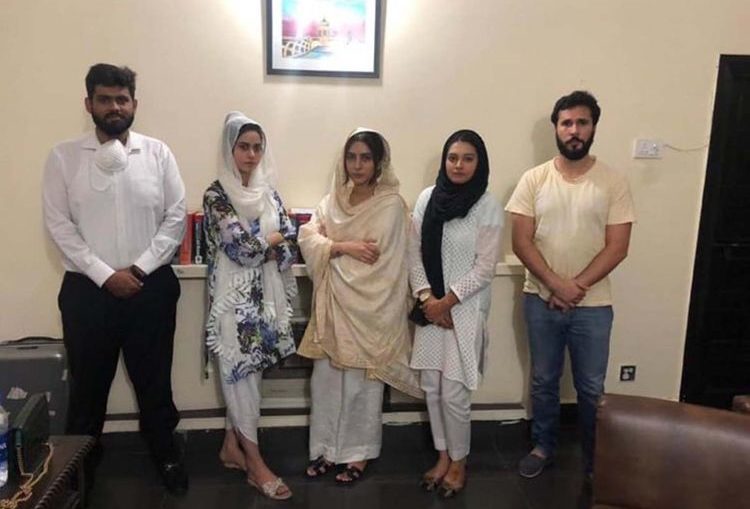 According to a video posted by his advocate, business tycoon Malik Riaz has taken legal action against actress Uzma Khan and her lawyer Hassan Niazi, for “defaming” him following an attack on Khan last month.

On May 27, police in Lahore registered a case against multiple people after Khan accused them of forcibly entering her house and attacking her over an alleged extramarital affair. The accused comprised of Riaz’s two daughters, his niece and 15 other persons.

After the incident, Khan and Niazi, who is the nephew of Pakistan’s Prime Minister Imran Khan, continued to speak about the issue online and claimed that Riaz and his family bribed the media and lawyers to avoid highlighting the issue.

Khan also claimed multiple times in videos posted online that Riaz’s representatives had offered her money to retract her case.

Tweep @MurtazaViews shared a clip and quoted Khan in the caption: “‘I don’t need money, I need justice, I want my respect back, I was violated’ #UzmaKhan #HumaKhan #AmnaUsman”

Now, Riaz has reportedly initiated a legal proceeding against them. His lawyer Azhar Siddiqui in a video message posted on Twitter said that claims made by Khan and Niazi were “based on lies”.

“There is no strong case by Uzma. We have been hearing reports about millions and billions being offered by Riaz to different people. There is no truth in these reports. We will file a defamation case against them,” he said.

On May 27, multiple viral videos on social media showed two women entering the actor’s house and threatening Khan and her sister, Huma Khan, for allegedly having an extramarital affair with a man named Usman Malik, who is said to be the husband of niece Amna Usman Malik, Riaz’s niece. It is also alleged that Usman is Riaz’s nephew. However, Riaz has denied that he is related to Usman.