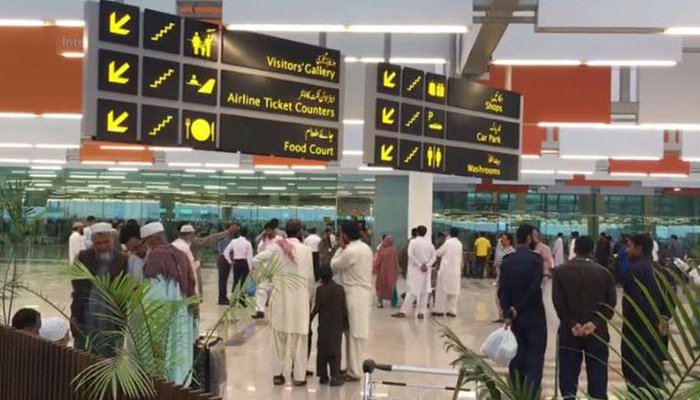 Pakistan has waived the mandatory quarantine condition for passengers arriving at the airports on special inbound flights from UAE and other countries.

Stranded Pakistanis who are being flown back to the country on special flights will be allowed to go home after they undergo COVID-19 tests at the airports. They will be sent home immediately after the tests are taken without waiting for their tests results. They will be advised to home quarantine for 14-days instead of keeping them in the dedicated quarantine facilities in Pakistan.

The new decision will help expedite the process of repatriation of Pakistanis stranded abroad especially in the UAE which has the highest number of 57,000 Pakistanis waiting to go home.

Dr Moeed Yusuf, Special Assistant to Prime Minister on National Security Division and Strategic Policy Planning announced on his twitter account that government has been able to increase the number of inbound passengers by expediting the testing process.

He said that government plans to repatriate 20,000 stranded Pakistanis including more than 4,000 from the UAE by June 10.

He tweeted about the change in the standard operating procedures (SOPs) to be followed by the inbound passengers. He said that passengers would be tested on arrival and be sent home for self-isolation instead of waiting for test results.

He said that the passenger would be added to the Track and Trace system which would allow the provincial government to follow up.

#CovidUpdates | As suggested by the PM yesterday, we have been able to further increase the number of inbound passengers per week through expediting the testing process – with 20,000 passengers planned for repatriation by 10th June, up from approx. 10,000 in the previous phase.

Pakistan last week announced to operate 27 special flights from UAE between June 1 and 10 to different cities in the country to repatriate stranded citizens.

According to the new schedule, nine flights will be operated to Faisalabad, five to Peshawar, four each to Lahore and Multan, three to Karachi and two to Islamabad in the first 10 days of June.