Skip to content
You are here
Home > Did You Know! > Pakistan to Witness Second Lunar Eclipse of 2020 Tomorrow 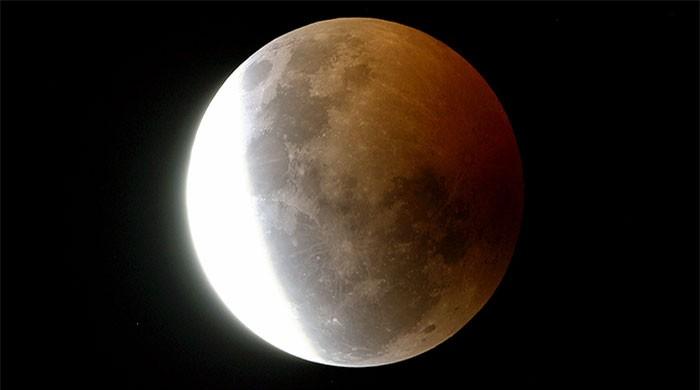 The second of the four penumbral lunar eclipses of 2020 will be witnessed in Pakistan on the intervening night of 5 and 6 June.

According to the Institute of Space Science and Planetary Astrophysics (ISPA), the eclipse will begin from 5 June at 10:56 pm. It will continue till 6 June, at 02.4 am. The maximum eclipse will be visible on 6 June, 12:25 am.

The lunar eclipse will be visible in much of Europe, Asia, Australia, Africa, South/East South America, Pacific, Atlantic, Indian Ocean, and Antarctica.

During the eclipse, 90 percent of the moon’s surface will be partially covered by the Earth with only the outer part of the shadow appearing. While penumbral lunar eclipses are usually a little darker, they cannot be easily distinguished from a regular full moon sighting but can be easily seen, as long as the sky is clear.

In total, there will four lunar eclipses throughout the year. The first lunar eclipse of the year 2020 was witnessed in January.