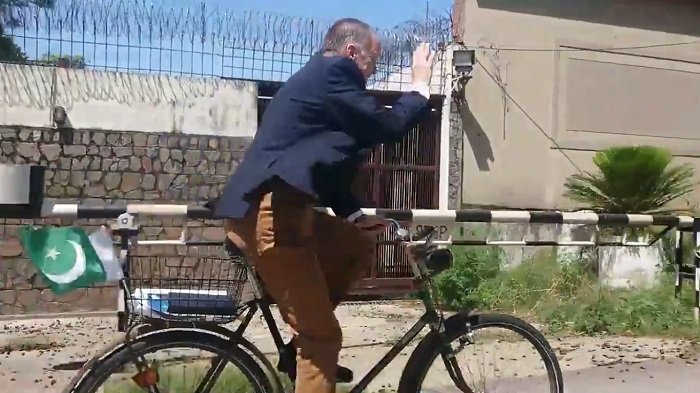 German Ambassador to Pakistan Bernhard Schlagheck took a ride on his 80-year-old bicycle to his country’s embassy in Islamabad in order to commemorate the World Bicycle Day.

The World Bicycle Day is officially recognised by the United Nations on June 3 as a celebration of the bicycle as an inexpensive and effective mode of transport, which also helps in increasing social mobility with health benefits and contributes to eco-friendly environment.

In a video he shared on Twitter, the German envoy penned down the benefits of cycling for one’s health and shared how refreshing it felt when he decided to opt for a bicycle ride on his way to work.

“Cycling is quite fun and it is also good for health. Being physically active also strengthens the immune system,” Schlagheck wrote on Twitter.

Last year, former German Ambassador to Pakistan Martin Kobler was eager to buy a bicycle manufactured in Pakistan but could not find his desired one in Islamabad.

However, Kobler finally got his hands on one in Rawalpindi but found it extremely difficult to select from the various Pakistani brands.