Skip to content
You are here
Home > New Alert > Who is Cynthia Ritchie? 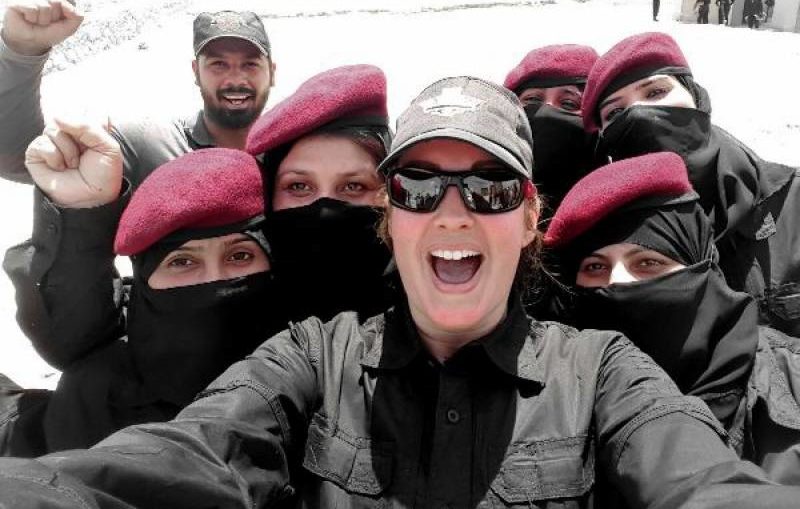 Cynthia Dawn Ritchie has taken Pakistan’s political scene by storm as her ‘revelations’ have put Pakistan People’s Party’s leadership in an embarrassing situation and left them red-faced.

The allegations of sexual harassment against have come at a time when the once the most popular political party of the country is facing already a stern challenge to stay in the mainstream and trying to win over its vote bank through the launching of the third generation of the Bhuttos, the heart and soul of the party.

With Bilawal Bhutto Zardari waiting in the wings to rise to be a ruler of the country, this blow will surely jeopardise his ambitions to somehow if the things unfolded as said by Cynthia.

The allegations are not new on the political scene of the country with scandals of many top politicians always remain in the news and usually some political hand is always behind in such allegations.

But the allegations of rape and sexual harassment against the top brass of the country belonging to a single political party by a foreign woman is a bit unusual and if Cynthia got support from the famous ‘Me Too’ campaign around the world, it would be very difficult for many big names to survive.

At the moment she seems quite confident about her allegations and said in a tweet that she has documentary evidence of all the allegations she has made.

Absolutely. As I said before, I'm ready for a court. All the documents, voice notes, filthy images and rape threats from PPP, the data scientists who've assisted in putting together this nexis of harassment.

I hope PPP is ready for my suit.

ALL POWER TO THE PEOPLE https://t.co/v2QbbJ5hrF

Cynthia D. Ritchie is an American woman who claims to be an adventurist, self-claimed filmmaker, and blogger.

The 38-year-old blogger describes herself as a global citizen. During an interview with a local news outlet, she reveals how her childhood desire to be Indiana Jones (a fictional adventurist) led her to Pakistan and that the people’s love keeps bringing her back.

A ‘global citizen’ of Scottish-German ethnicity, Cynthia possesses Master of Education with additional graduate training in conflict resolution, psychology, and public relations. She started her own non-profit with a focus on media projects and wishes to eventually permanently relocate to the Middle East/ South Asia.

Ritchie is now living in Pakistan and first visited Pakistan in 2009 as a tourist and showed the positive image of Pakistan to the world. Her family members have also visited her in Pakistan many times. People often remember her as ‘the American Batting for Pakistan.’

For Cynthia, Pakistan is so much more than a tourist destination — it is an “adventurers’ heaven”, she fondly calls the country her ‘second home’.

Maybe considered as American agent in Pakistan, neighbouring India considered her a Pakistani agent due to her positive views about the country and describing Indian arrogance around the world.

There used to be a website www.cynthiaritchie.com, which had the blogger’s biography, but it has been disabled since Pakistanis raised questions about her qualifications. That defunct website said she had made “TV commercials for AT&T, Political Campaigns, and HGTV. However, the website did not explain what political campaigns she worked on.

She’s participated in a variety of humanitarian projects in Pakistan, from flood relief and health care efforts to the reconstruction of high schools and women’s health clinics.

Ritchie said she finds much in common between Pakistan and her native American South, and she now hopes to produce media projects that promote positive relations between Americans and Pakistanis.

She belongs to Louisiana, Texas in the south of America and in she feels many similarities between Pakistan and that part of the United States, mainly centred around family traditions and marriages. She told in a TV programme that she fled America to avoid the suggestions from her aunties to get married and but unfortunately after reaching Pakistan she finds the country the epicentre of match-making aunties.

As a child, Ritchie was fascinated by the magical appeal of the Egyptian civilisation and dreamed of visiting Egypt and studying its enthralling archaeology. In a way, her trip to Pakistan and her three-year stay there gave her the opportunity to fulfil her lifelong dream to immerse herself in the vibes of a foreign culture.

“Pakistan was introduced to me by Pakistani Americans. I would have probably never come to Pakistan, if it wasn’t for my friends in the U.S. telling me to travel to Pakistan. And as a consequence, Pakistan became my Egypt. My childhood dream was to be the Indiana Jones of Egyptian archaeology,” she said.

Bemused at the unmistakable dichotomy between the representation of Pakistan in the mainstream international media and what she witnessed first-hand, Ritchie decided to produce a documentary projecting the true image of Pakistan to the world.

With help from her friends in the US and Pakistan, she created her first documentary, ‘Emerging Faces: Exploring Pakistan’s Hidden Treasures’. It aims to enhance cross-cultural understanding and enduring people-to-people contact between Pakistan and the western world.

According to Ritchie: “Citizens can do what governments cannot: we intend to give a voice to people – domestically and abroad – who often go unheard. Our work will be objective, politically neutral, and optimistic where practically possible.”

Trailers from the documentary, available on Ritchie’s YouTube channel, show her going around the length and breadth of the vast terrain, meeting people and listening to their stories, savouring the toothsome Pakistani cuisine and even driving a traditionally bedecked Pakistani truck.

Admittedly for Ritchie, it wasn’t all a bed of roses. Despite the several hardships she faced during her travel to Pakistan, Ritchie was adamant to spend more time there and explore the common ground that connects the people of Pakistan with those from the west.

In Ritchie’s words: “People tend to be afraid of the unknown; this is a natural, human response. Our goal is to inform, to enlighten the western audience of the many things we have in common with communities around the world; we aim to encourage communication and reduce conflict.”

Through her travel documentaries, blog posts and speaking engagements around the world, Ritchie continues to draw people’s attention to the pressing need for looking beyond the popular news stories and to appreciate the desire to bring lasting peace and prosperity to the world. Her infectious positivity encourages us to engage in dialogue with people from different cultures.

According to her, the US is suffering from a lot of the same things Pakistan is suffering from. We have a poor media image, gender-role typing; we haven’t even had a female President yet, which is one of the saddest things.

My goal is to showcase how much the people here have in common with the ones in the United States, and there are more things common than we may think there are.

That requires a more robust security apparatus. This will require more correlation between military and law enforcement. Terrorism I think has more to do with law enforcement than anything else.

SCARY AND BEST EXPERIENCES IN PAKISTAN

In a YouTube interview in 2012, she had mentioned that even she had not felt any threat to hel life during her stay in Pakistan but has to face some scary and bad experiences. But she said community leaders and locals always helped them and she was very much appreciable for their hospitality and feeding her all the time.

When it came to naming what’s best in Pakistan, Cynthia’s reply was simple yet eloquent: People, food, and scenery.

She has travelled via bicycle, classic cars, high-performance vehicles (including Porsche Cayennes!) speed and coast guard boats, JetSkis, Tongas, camels, rickshaws, and C-130s, adding that her favourite was perhaps a ride on a 70CC bike, operated by a ‘Pindi boy’.

She projects a softer image of Pakistan, which is visible through her narratives.

“I can say there’s so much more to this region and its people — which is what I intend to show in my media work. This isn’t to say there aren’t challenges in the region; we already know there are. Plenty of networks focus on the negative — why should I repeat what’s already being covered so extensively?” she said during an interview.