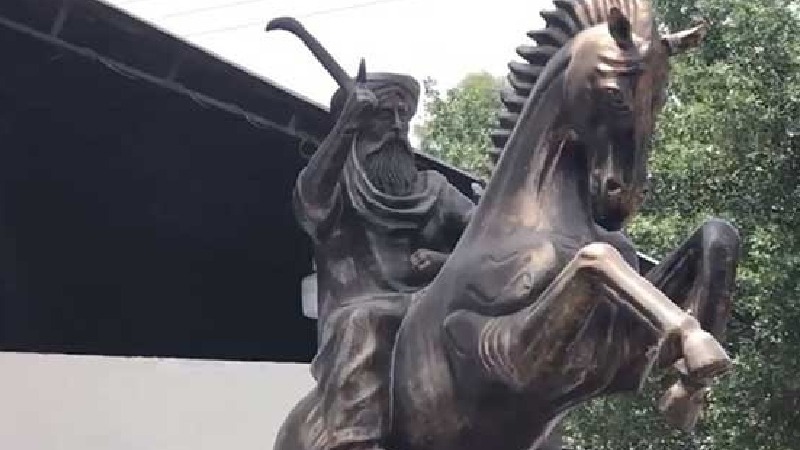 A residential colony in Lahore has installed a life size Ertugrul Ghazi statue. The Turkish show has taken the entertainment industry by storm. On Prime Minister Imran Khan’s request the show is being broadcasted on Pakistan Television YouTube channel and has since then surpassed millions of subscribers. The main cast of the show has shown their gratitude and appreciation for the overwhelming response received by us.

#Ertugrul gets a statue in #Lahore

The community members of an area in Lahore are so smitten by the #Turkish television series, based on the character of Ertugrul, that they have paid a tribute to him by erecting a statue in their neighbourhood. pic.twitter.com/twIiT7vnvB

Pakistani fans have gone so overboard that they are coming up with digital paintings of the show or recreating looks. The show is also a top trend on Twitter with followers sharing their favourite quotes and scenes from the series. Similarly, the administration of a residential colony in Lahore has installed a life size Ertugrul Ghazi statue. According to the secretary general of the colony, the statue was installed as per residents’ request to honour the show.

Besides this, the administration of the residential colony is also planning to name a block in the society after the show. The series is also called the Turkish Game of Thrones and revolves around 13th Century Anatolia prior to establishment of the Ottoman Empire. Ertugrul is a heroic story stretching almost ninety episodes per season and revels the Turkish warrior stories with beautiful historic backgrounds.