Skip to content
You are here
Home > Did You Know! > Every 7th Patient Reported in Pakistan During Last 24 Hours is From Twin Cities 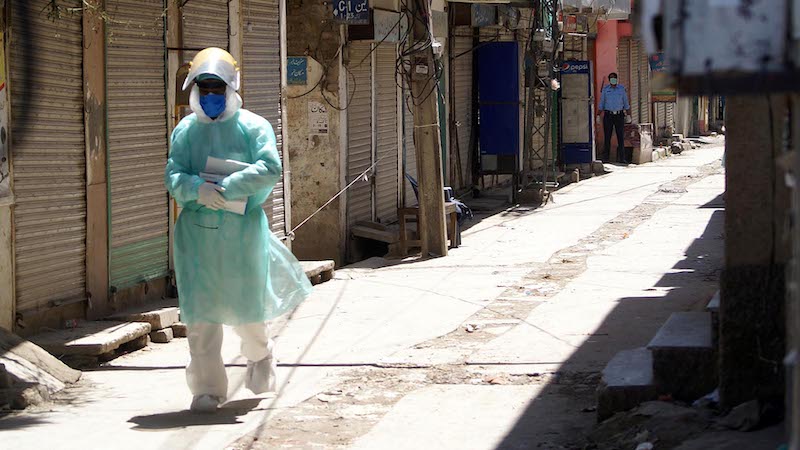 A significant proportion of population in this region of the country has not been giving due attention to the precautionary measures to avoid COVID-19 nor they are following standard operating procedures while in markets.

Many a people are still refusing existence of coronavirus pandemic following a number of rumours and ‘conspiracy theories’ present on social media despite the fact that almost all public and private sector hospitals managing COVID-19 patients in the twin cities are running short of space.

According to a top official at district health department, the highest number of confirmed patients from the Punjab province has so far been reported from Lahore while Rawalpindi district is ranked number two with 2,633 confirmed cases of COVID-19 on Sunday. On the other hand, Islamabad is reporting the highest number of cases – 4,979 so far reported as confirmed – as per its population compared with other districts of the country.

If compared, every 13th patient so far reported from Pakistan belongs to the twin cities of Islamabad and Rawalpindi while if taken ICT alone, every 20th confirmed patient of COVID-19 from the country is a resident of the federal capital.

Similarly, every 13th death so far caused by coronavirus illness has been reported from the twin cities of Islamabad and Rawal­pindi as of a total of 2002 deaths so far reported from the country, 158 were from this region.

Due to heavy burden of patients at the healthcare facilities in the region, a number of diagnostic tests required by COVID-19 patients particularly in critical condition have become unavailable at a number of private laboratories as they are facing shortage of testing kits. There has already been a great shortage of medicines required by critical COVID-19 patients in almost all markets in the region yet nothing significant is being done on the subject.