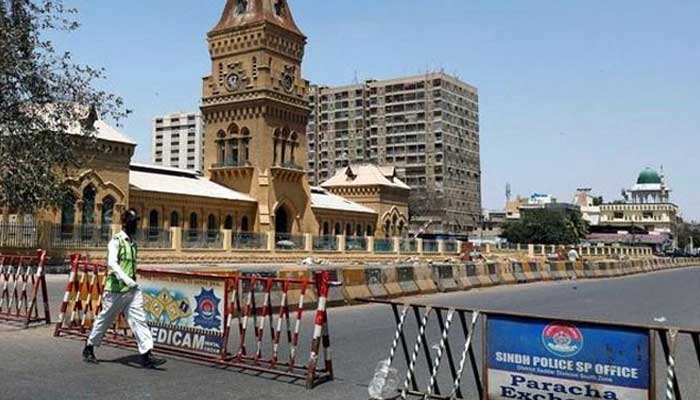 The Punjab government has enforced Section 144 for 14 days to restrict the movement of citizens in 23 hotspots in various districts affected by the coronavirus epidemic.

Assistant Commissioner Syed Ayub Bukhari and other officers also accompanied senior officers during the visit and issued a stern warning to the shopkeepers for violating SOPs at a medical store in Saddar Bazaar while taking note of complaints of non-implementation of SOPs in different areas.

The officials ordered immediate action against the violators. The divisional commissioner said that the district administration and police had been mobilised to implement the government directives and action against violation of the SOPs could not be avoided.

They asked the authorities to take strict action against violation of the safety SOPs in the hotspots.

They directed the administration, police, Pak Army and Rangers to continue patrolling in zones flagged for high presence of coronavirus.

The RPO remarked that the citizens should avoid leaving their houses unnecessarily during the smart lockdown.

The divisional commissioner continued that under section 144, citizens must not leave their houses without a face mask.

He said that markets, shopping malls, restaurants, public and private offices would remain closed in the areas of under smart lockdown. Public and private transport would be banned but people would be allowed to travel alone in a vehicle in case of extreme need.