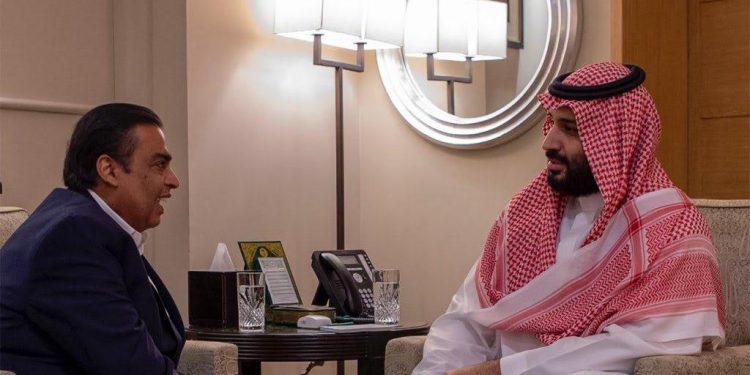 The Public Investment Fund will hold a 2.32% stake in the arm of Reliance Industries Ltd., the Mumbai-based company said in a statement Thursday.

The deal, the 11th into Jio in about two months, adds to the list of high-profile backers betting the company will disrupt India’s massive consumer market with its technology. Reliance Industries has vowed to pay down net debt to zero before March 2021, while using its roughly 400 million wireless phone subscribers as the cornerstone of an e-commerce and digital business.

The investments boost Ambani’s momentum in shifting his sprawling conglomerate, India’s largest company, away from dependence on oil refining and petrochemicals toward telecommunications, e-commerce, online entertainment and payments.

“We at Reliance have enjoyed a long and fruitful relationship with the Kingdom of Saudi Arabia for many decades,” Ambani said in Thursday’s statement. “From Oil Economy, this relationship is now moving to strengthen India’s New Oil (data-driven) Economy.”