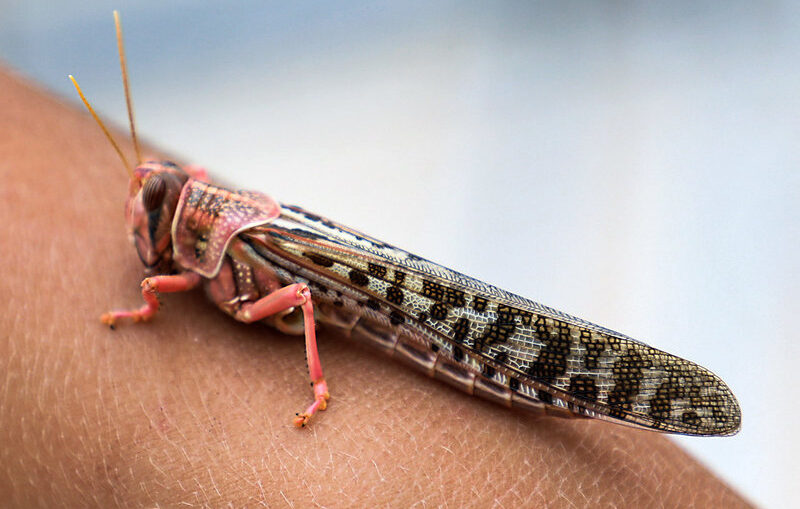 Aimed at tackling the threat from swarms of locusts that have caused damage to the harvest in the agriculture-based country, the federal government on Wednesday mulled over a plan to convert locusts into fertilizer.

The process would not only help people affected by the locust attacks to earn money to overcome their losses but would also be helpful in tackling the issue through community mobilization.

The project would be launched by the Ministry of National Food Security and Research (NFS&R) under which fertilizer would be generated by mixing locusts and bio-waste.

It will be helpful in producing a fertilizer having an increased presence of nine percent nitrogen and seven percent phosphorous.

A pilot project would be launched to covert locusts into fertilizer in Thar and Cholistan, desert areas of the country.

The government would give special training under the project to catch locusts while 50 collection centres would also be established to purchase locusts.

The ministry said that the project would help them improve crop production in the country by 15 percent and decrease the use of other fertilizers by 25 percent.

It would also help a family to earn Rs 6,000 on a monthly basis.

It is pertinent to mention here that Ministry for Food Security and Research on June 21 announced that they are looking to initiate a program against locust swarm infestation in the country with the help of World Bank (WB).

According to a notification issued by the ministry on the matter, World Bank has offered an amount of $200 million to fend off and kill the locust swarms overwhelming agricultural land in Pakistan.

An additional $150 million were also promised by the Asian Development Bank (ADB) to help the country fight the critters.

The project titled ‘LEAFS’ has been mulled upon by the ministry and a response will be given to the World Bank which is at the helm of the project after approvals.