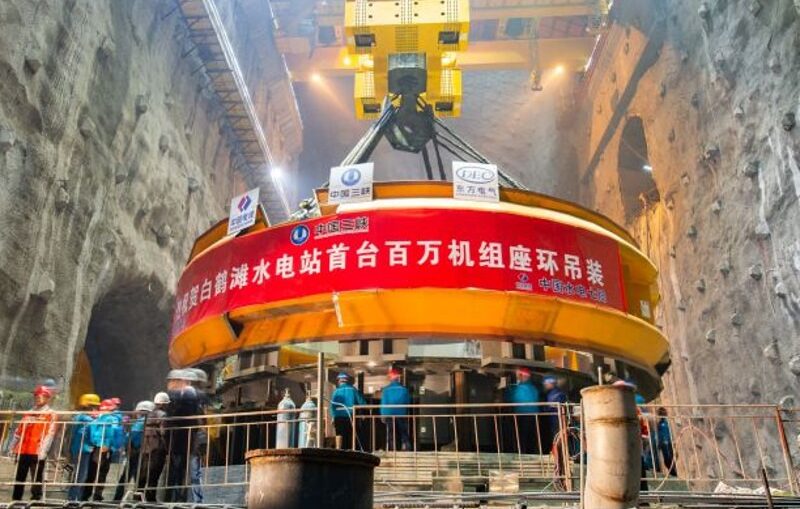 The 1,000-megawatt turbine is being set up at the Baihetan Hydropower Station on the Jinsha river in the country’s southwest and may go into operation in July next year, the report said.

Baihetan in the upper reaches of the Yangtze river is the world’s largest such project under construction. With a planned total installed capacity of 16,000 mW from 16 turbines it will generate an average 60.24 billion kilowatt-hours of electricity a year. China Three Gorges is the developer.

Hoisting of the first generator runner was completed yesterday. The 346.5-ton runner, which has a height of 3.92 meters and diameter of 8.62 meters, was developed by China Eastern Electric Group, the report said.