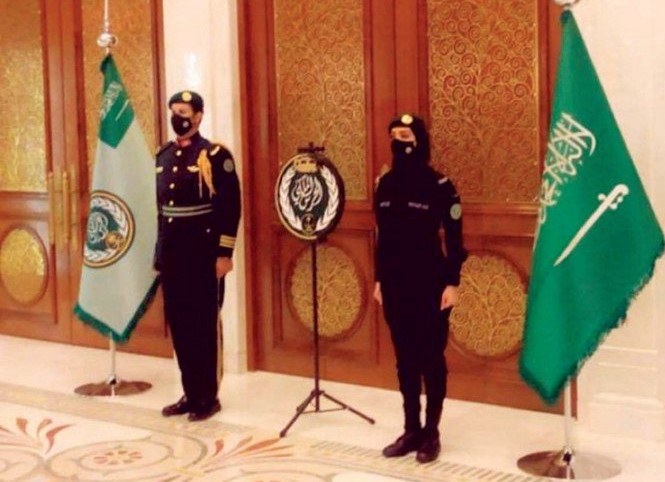 Saudi social media users expressed their pride and joy on Friday when a photo appeared of a female member of the Saudi Royal Guard performing her duty alongside her male colleague at a high-profile government office.

Applicants were shortlisted after tests and interviews.