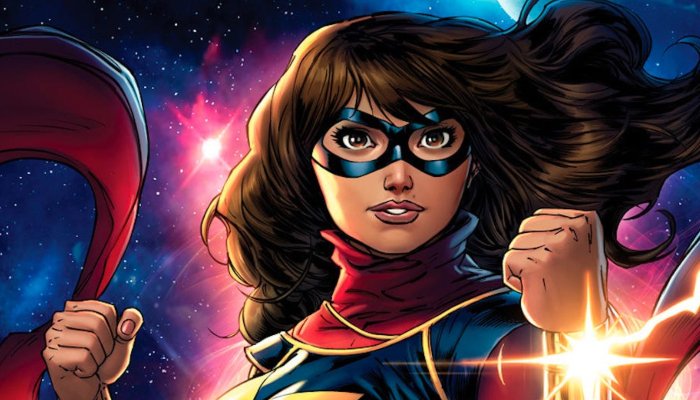 Marvel’s Avengers are assembling once again for a blockbuster video game that will be released later this year. PlayStation 4, Xbox One and PC featuring many of the superheroes including; Iron Man, Hulk and Captain America.

This year they will be joined by a new addition, Kamala Khan.The Muslim-American teenager of Pakistani heritage who is the latest fictional character to adopt the Ms Marvel moniker, according to a report in BBC Asian Network by Rahil Sheikh.

Game publisher Square Enix announced that Marvel Avengers would include Kamala Khan as one of its main playable characters. BBC reported, Muslim characters in video games have appeared in significant roles in recent years, so this is far from the first time you can play as a Muslim character.

However, some character designs for Muslims can be stereotypical and not very reflective of your average young Muslim, according to Sitara Shefta, head of studio at No Brakes Games. Marvel editor and director, Sana Amanat co-created Kamala Khan in 2014. She told BBC that the significance of Kamala Khan’s inclusion in the game is a huge step for better representation in gaming.

“It’s very important, why shouldn’t Pakistanis and Muslims have characters and stories that inspire them?” she asks.”They are usually depicted as terrorists or the villains we fight against in the games.”

Now we have an empowering Pakistani Muslim character, and a role model for kids from this community to be inspired by.”Scott Amos, studio head at the game’s developer Crystal Dynamics, said they had been overwhelmed with the response to Kamala Khan’s inclusion.

Ms Marvel will be one the main playable characters and feature alongside Black Widow, among others Kamala Khan was co-created by Marvel editor and director Sana Amanat in 2014. A Muslim-American herself, Sana Amanat wanted to create a character young girls of similar background could identify with and look up to.

During promotion of the game, she said, “I think it’s absolutely insane that Kamala is in one of the biggest Marvel games that we’ve done,” she said. “People from all backgrounds can relate to her.”It is pertinent to note that Ms Marvel moniker has been used by several white characters in Marvel comic books since 1976, including Sharon Ventura and Dr Karla Sofen.

In 2014, readers were introduced to Kamala Khan, a 16-year-old Pakistani-American growing up in Jersey City. She has shape shifting abilities and just so happens to be a fan-girl of the Avengers.Making history along the way, she became Marvel’s first Muslim character to lead her own comic book series.Marvel Studios is set to centre a Disney+ TV series around the character, due to be broadcast in 2022.