Skip to content
You are here
Home > Auto > Toyota Yaris Finally Up for Sale in Pakistan, Check Price List 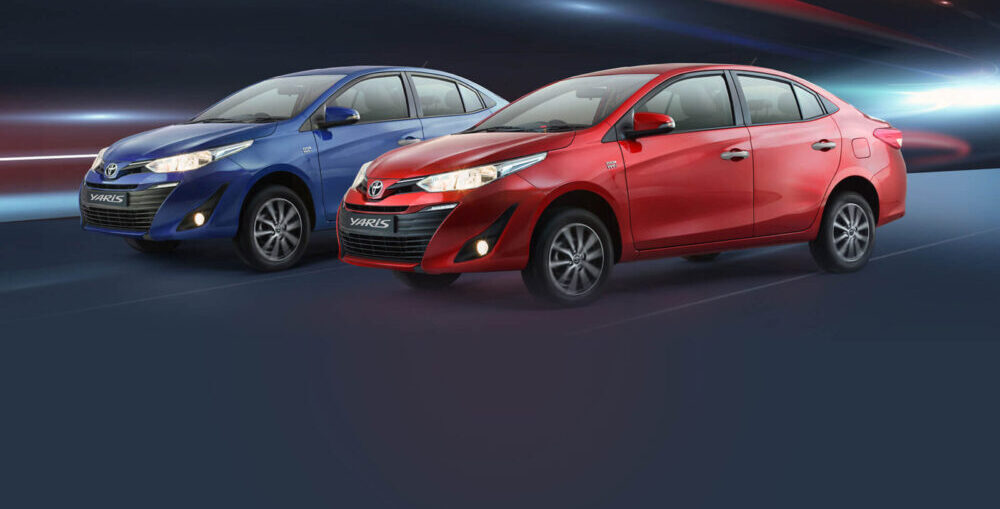 Toyota IMC has finally announced that they are now taking bookings for the brand new Yaris. The car had been observed doing test runs on Pakistani roads earlier this year, and was officially revealed by the company back on March 27, 2020.

The Yaris is set to take on the Honda City and the rest of the compact sedan segment, so the company can finally retire the Toyota Corolla XLI and GLI variants and have the car compete directly against the Honda Civic and other mid-size sedans in the market.

In terms of the looks, the Yaris seems a bit too bubbly and curvy as compared to City’s angular and sharp, albeit dated design. The wheels are 15 inch alloys, which seem a bit too small and the right height seems a bit too high for a compact sedan.

On the exterior, you will find 4 beam halogen headlights accompanied with fog-lights and Daytime Running Lights (DRLs), though it is not yet clear if the latter comes standard in all cars. Apart from that, there are other fancy tid bits such as key-less entry, side-mirror mounted indicators, LED taillights and smart trunk-lid release button.

Toyota Yaris has a rather good looking interior, with Toyota’s usual combination of black and beige trim, with additional silver trim-pieces about the place to make it look slightly lively inside.

In terms of features, you get a multi-info gauge cluster with a 4.2 TFT screen that includes information such as range, fuel, odometer reading, fuel average, time, temperature, selected gear and drive-mode etc, a 6 speaker stereo and various steering wheel control switches. You can also get an advanced infotainment system with a 6 inch touchscreen and an automatic climate control system, presumably as optional extras.

Here’s a list of the safety features that you can expect in any variant of the new Toyota Yaris:

Note: It has not yet been specified by the company whether or not these feature come standard or are optional extras.

Following is the price list for each of the following variant of the new Toyota Prius:

Yaris has been one of the most anticipated cars of this year and for good reason. Toyota’s are famously reliable cars that hold up their value better than most others in the market. The said factors are the key determinants of a car’s desirability among the Pakistani motorists. Whether these factors remain true for the new Toyota Yaris, is yet to be seen.