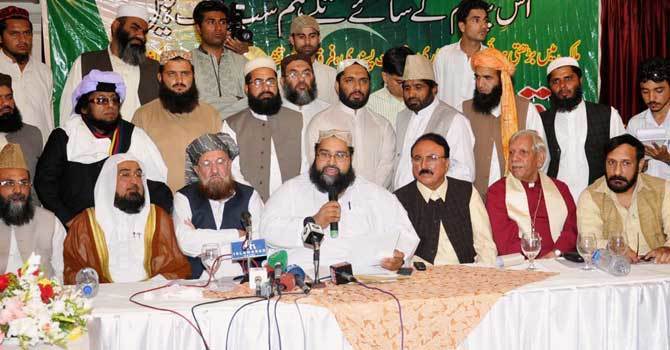 The Pakistan Ulema Council (PUC) has extended support to the construction of a temple in Islamabad and criticised those who were making the issue controversial.

“We denounce the controversy over construction of the temple. This [making it controversial] by extremist clerics is not correct. PUC will call a meeting and will also present its point of view to the Council of Islamic Ideology (CII),” said Hafiz Mohammad Tahir Mehmood Ashrafi, the chairman of PUC.

Talking to media on Friday, Hafiz Ashrafi said the Constitution of Pakistan categorically defines the rights of Muslims and non-Muslims living in the country.

“To have their own place of worship and offer a life as per their faith and tradition are the right given to all non-Muslims in the Constitution and as well as in Sharia,” he said, adding: “Those opposing the construction of the temple have an incorrect interpretation of Sharia.”

Hafiz Ashrafi, who is also the chairman of Muthahida Ulema Board, Punjab, added that the Hindus living in Pakistan were not residents of any conquered land; therefore, the the interpretation presented by certain clerics about the rights of non-Muslims in Sharia is not applicable to Hindus and members of other religious minorities living in the country.

“Pakistan Ulema Council has been playing a frontline role for interfaith harmony in the country and we will continue to do so.”

The PUC has been vocal against violence and extremist behaviours against the non-Muslim citizens of the country.

“Even in the Ulema Board there have been several unfounded complaints related to violations of the blasphemy law against the people of religious minorities but we not only turned them down but also warned the complainants in a few cases against lodging false complaints.”

Hafiz Ashrafi said strict action should be taken against elements who coined blasphemy allegations against their opponents in pursuit of their vested interests.

He said Muthahida Ulema Board had resolved 105 such cases in the last one year.

He said Pakistan came into being in accordance with an international agreement and non-Muslim population of Pakistan have been playing a very positive and effective role for stability of the country.

He said there was no harm or threat to the faith or any other risk involved in establishing a place of worship for the non-Muslim minorities.

“Dozens of worship places have been established in the country for religious minorities and recently the government constructed the Kartarpur Corridor for Sikh pilgrims,” he said. “Did anybody observed any threat to Islam – No.”

He added: “PUC in coordination with the World Peace Council will soon host a convention in Islamabad which will be attended by representatives of different religious schools of thought and religions.”

Responding to a question, he said: “We are very clear; no extremist group or individual should be allowed to usurp the rights of minorities in the country.”