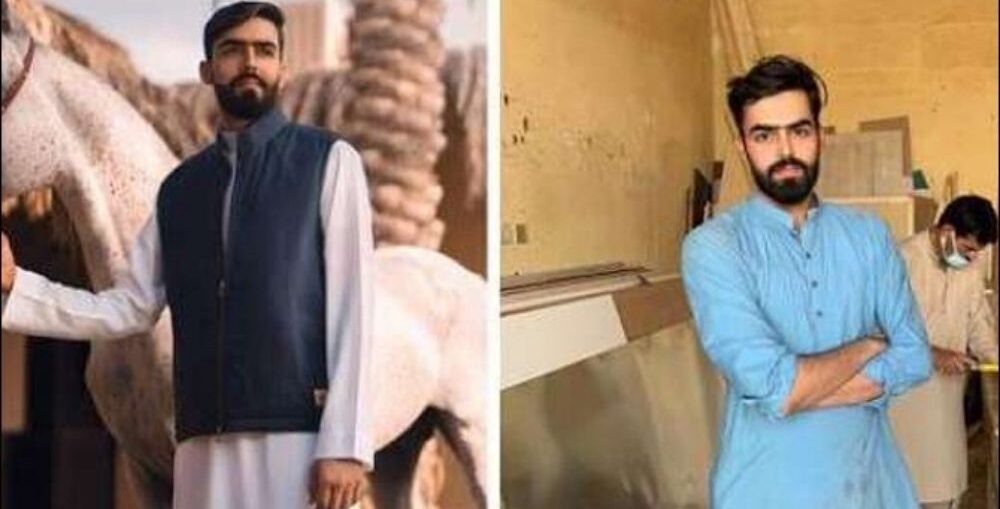 A Pakistani carpenter currently settled in Saudi Arab has landed the job of his dreams. After a little help from his friend, Waqas is now working as a model.

The 24-year-old has been in Saudi Arabia for the last 4 years. He had been working as a carpenter. But after working on several photoshoots with advertising companies, he finally quit his first job.

I could not imagine that one day I would quit my job as a carpenter and enter the world of modeling for fashion design clothes.

So how did this carpenter decide to make a significant career change? Waqas says that one day, while talking to one of his friends, who was editing some pictures, he revealed his life-long dream of becoming a model.

I never imagined that a simple act from a friend would change my life, my dream would come true, and I would appear as a model in commercials.

One day I was sitting next to my friend Faisal who was editing some photo sessions. I asked my friend that from the beginning I wanted to work in the modeling world. I really want to do it but I never got a chance to do it in Pakistan.

Although Waqas did not have any luck working as a model in Pakistan, his friend in Saudi Arabia helped make his dream a reality. His friend Faisal took a picture of him and sent it to the advertising agency he was working for.

That picture was later shared on social media and several people from the advertising industry took notice and signed contracts with Waqas.

This story of a Pakistani carpenter living his dream life is an inspiration for everyone. Moral of the story? Never let go of hope.