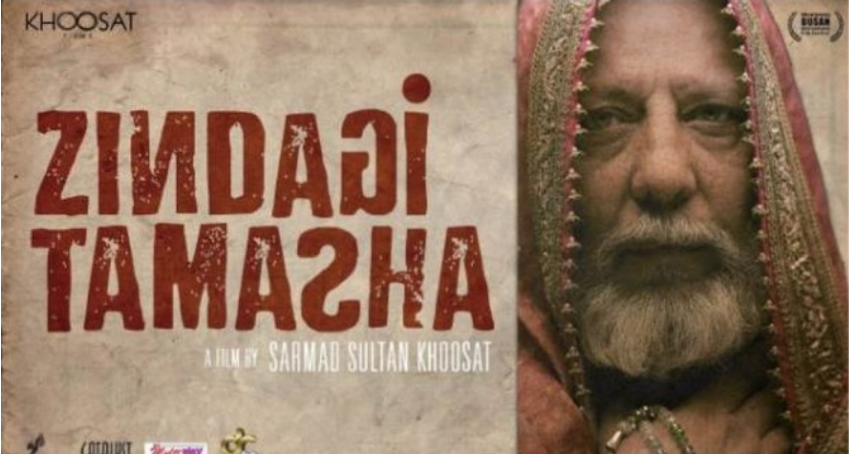 The human rights committee of Pakistan’s upper house of parliament said on Tuesday it had reviewed the film ‘Zindagi Tamasha’ (Circus of Life) and found “nothing wrong” with its content contrary to outcry by religious hardliners earlier this year, adding that the film was okay to be screened at Pakistani cinemas once the coronavirus pandemic subsided.

The film’s release, scheduled for January 24, was suspended after religious groups objected to its portrayal of a struggling cleric. Renowned filmmaker Sarmad Khosat posted an open letter on his Twitter account saying he had received several threatening calls and messages over the film.

He has repeatedly since said the film was not meant to hurt religious sensitivities but to shed light on growing intolerance in Pakistani society.
“Senate HR [human rights] committee has unanimously agreed with the censor board’s decision to allow screening of movie ‘Zindagi Tamasha’,” committee chair Mustafa Nawaz Khokhar said on Twitter after Tuesday’s meeting in which the film was discussed.

“We’ve found nothing wrong with it. Censor board has our go ahead to release the film post Covid.”

Pakistan’s ministry of information had earlier referred the matter to the Council of Islamic Ideology (CII), Pakistan’s highest religious advisory body, but the Senate human rights panel said it would look at the matter itself.

Before religious groups cried foul, the film, which is about a cleric shunned after a video of him dancing at a wedding goes viral, had already been cleared by the country’s censor board. Its world premier was at the prestigious Busan International Film Festival last year where it won the top fiction prize.