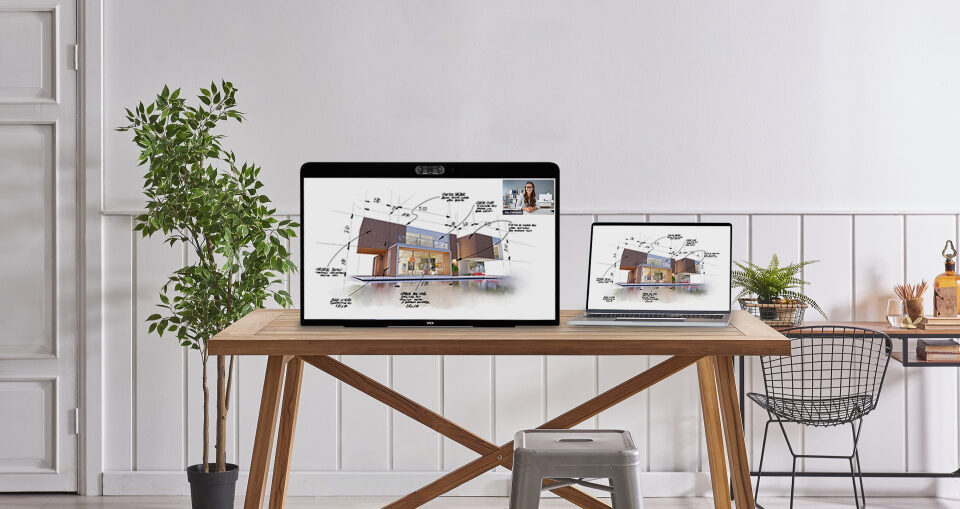 As many of us transitioned to working from home, Zoom saw its user base grow exponentially. According to a recent earnings report, it went from 10 million daily users in December 2019 to over 300 million in April 2020. Now, the company is ready to make its next move.

It’s announcing a new category of products called “Zoom for Home,” which consists of both a software interface as well as a line of hardware devices made specifically for the work-from-home crowd. And, while it’s designed mostly for business professionals, there’s no reason why everyday consumers can’t use it as well.

To be clear, Zoom isn’t making the hardware; it’s partnered with third-party manufacturers. The very first Zoom for Home product is the result of a collaboration with DTEN, a company that typically makes products for conference rooms.

It’s called the Zoom for Home DTEN ME and, at 27-inches wide, it really does seem like a scaled-down version of the typical video conference hardware you often find in offices. The all-in-one device comes with three built-in wide-angle cameras, an 8-microphone array and a touch screen display that you can use for presentations, whiteboarding and annotation. Think of it as a smart display, but in a more professional setting.

“The hardware has to be an all-in-one thing, without a lot of assembly” said Jeff Smith, the head of Zoom Rooms, the company’s conferencing room system. Smith contrasts that to other enterprise-level setups that often require multiple pieces of hardware like separate cameras, soundbars and monitors. Though it’s not specifically made for consumers, the Zoom for Home hardware is definitely designed to be user-friendly.