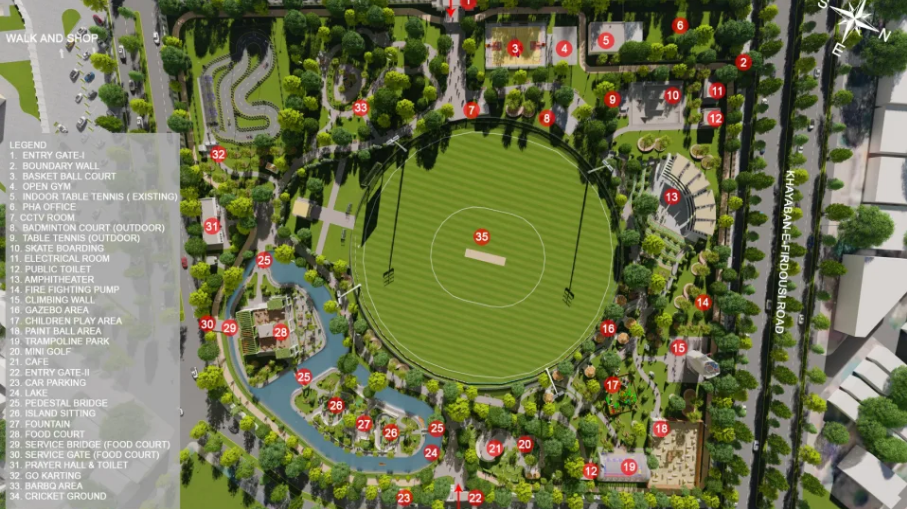 A jogging track, a gym, basketball court, tennis court, mini golf club and other facilities of outdoor games will be provided in the park. The pre-qualification work of contractors has been completed. The park will have 124 units, each measuring 4 to 5 marla, vast green area and ample space for parking besides state of the art recreational facilities. The project will cost PKR 330 million.

LDA Director General, Ahmad Aziz Tarar visited the site of the entertainment park on Saturday. Project Director, Abdul Razzak Chohan briefed him about the progress made so far in this regard. He said that the park will be spreading over 140 kanals land and will cost PKR 330 million.

He said that the current Initial Environment Examination of the project was being carried out. He further told that pre-qualification of contractors has been completed and tenders will be allotted soon.