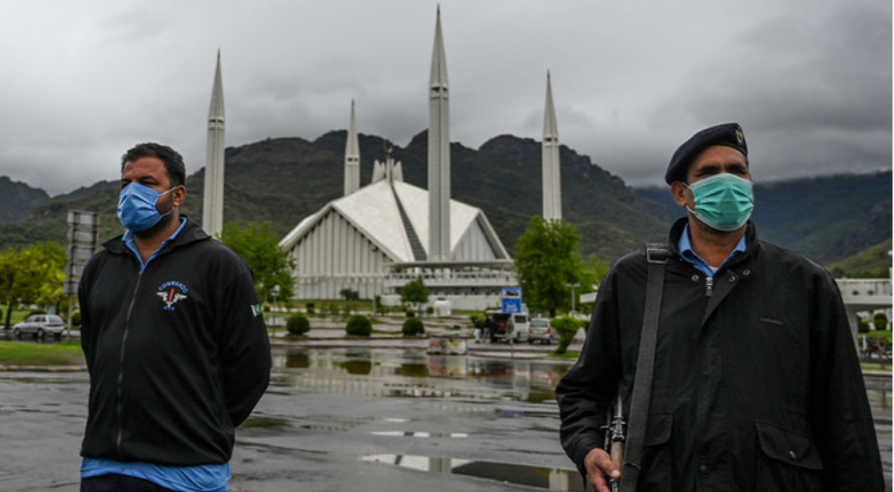 A survey carried out in Islamabad last month revealed that at least 290,000 people in the capital had antibodies against the new coronavirus, the head of Pakistan’s National Institute of Health (NIH) said on Friday, adding that a majority of these people were probably asymptomatic and hence escaped detection.

The institute carried out the “Sero-Epidemiological Survey for COVID-19 in Islamabad Capital Territory” between June 1 and June 25 to estimate the “true population infection rate” so that public health interventions could be devised accordingly.

“These 290,000 individuals were identified through a survey in Islamabad, and the fact is that they have already developed the immunoglobulin [antibodies] against the virus,” the institute’s executive director, Maj Gen Aamer Ikram, told Arab News. He advised the public “not to panic” as these were not new cases.

“This should be seen in the context that a vast majority of individuals already exposed to the virus are asymptomatic and therefore escape detection,” the survey findings read.

The antibody is a protective protein produced mainly by plasma cells that is used by the immune system to neutralize pathogens such as the novel coronavirus. A recent research study carried out by Kings College London reveals that the antibody response to COVID-19 can peak three weeks after the onset of symptoms, but begin to decline after as little as two to three months.

Islamabad, a city of over two million people, has been among the worst hit places with 14,454 known cases of coronavirus infections and 157 deaths since March this year. According to official data, the COVID-19 curve has started flattening with daily new cases of infection dropping from 383 on June 20 to 52 on July 16.

The NIH study shows the calculated prevalence of COVID-19 in Islamabad to be 14.5 percent which would translate to 290,000 individuals. The survey uses random sampling from both urban and rural territories.

“Blood samples were collected from each participant and tested for immunoglobulin against SARS-CoV-2 on chemi-luminescence,” the study says. “Throat/nasopharyngeal swabs were also collected from those having symptoms or contact history with a positive case for PCR testing.”

The study reveals that the federal capital’s rural areas were more affected by the virus, with the most affected age group being 41-50 years followed by 31-40 years and 51-60 years.

Dr. Zaeem Zia, district health officer in Islamabad, said that his team’s efforts to contain the virus were paying off and they were struggling to bring down the daily new cases through effective contact tracing.

“Smart lockdown in the virus hotspot areas, testing of suspects and contact tracing are our main strategies to deal with the pandemic,” he told Arab News. “The infection rate in Islamabad is just three percent, and we are hopeful to contain it further in the coming days.”