Skip to content
You are here
Home > Did You Know! > Saudi Arabia Restricts Entry to Holy Sites from Today 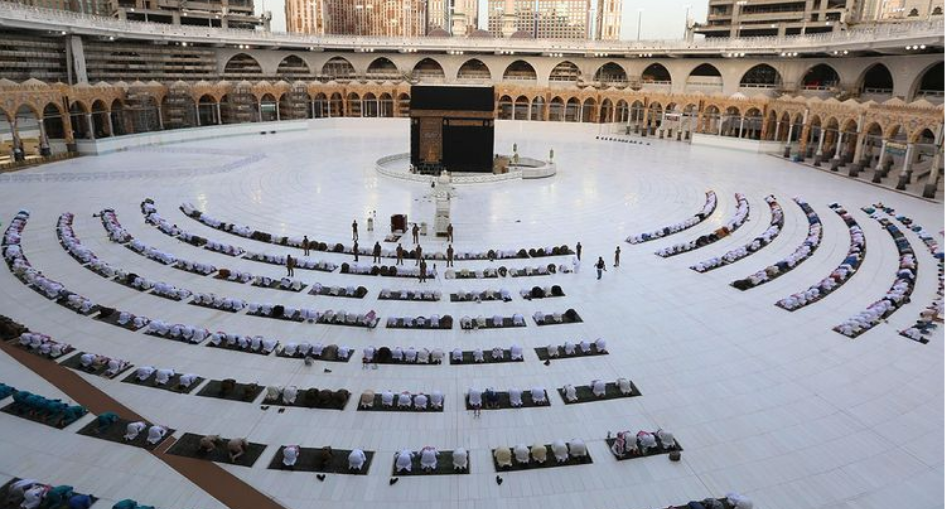 Saudi authorities will start as of Sunday to ban entering the holy sites without a permit as the kingdom is bracing for a limited Hajj season to stem the spread of the new coronavirus.

Security control centres in the holy city of Mecca will begin as of Sunday morning to stop entry into the holy sites of Mina, Muzdalifah and Arafat without a permit, Al Riyadh newspaper reported Saturday.

According to an earlier statement from an Interior Ministry official source, the restriction will come into effect from the 28th of Dhu Al-Qadah Islamic lunar month and runs until 12th of the following month Dhu Al Hijjah.

Violations are punishable by a fine of SR10,000 that will be doubled in case of repetition. Security personnel will be on duty on all roads leading to the holy sites to prevent violations and detect any illegal attempt to enter the places during the designated period as well as apply related penalties to offenders.

The measure is part of strict regulations to prevent the spread of the coronavirus during the Hajj set this year to begin later in July.

Saudi Arabia has announced that 70 of this year’s pilgrims will be expatriate residents while the remaining 30 per cent will be Saudis. The maximum number of participating pilgrims has been set at 10,000 to ensure a safe Hajj for all.

The expatriates wishing to perform this year’s Hajj were given five days, which ended last week, to register online. The applicants had to meet certain health conditions. They should not be sufferers of any chronic diseases, and provide a negative PCR test proving that they are free of coronavirus.

The applicants should not have previously performed the Hajj, should be aged between 20 to 50 years, and sign a pledge to adhering to the quarantine period before and after performing the Hajj rituals.

The Saudi Ministry of the Hajj and Umrah has said that the health criteria will mainly determine the selection of those permitted to attend this year’s Hajj.

The 30 per cent of Saudi pilgrims will be limited to Saudi health practitioners and security men who have recovered from COVID-19. They will be selected from a database of recovered patients, in recognition of their role during the battle against the virus provided they meet the related health criteria.

Last month, Saudi Arabia announced holding this year’s Hajj with a very limited number, confined to Saudis and non-Saudis of all nationalities who are already residing in the kingdom.

More than 2 million Muslims usually perform the Hajj every year. The Hajj is one of Islam’s five pillars. Muslims are expected to perform it at least once in their lives if they can afford it and are physically able.