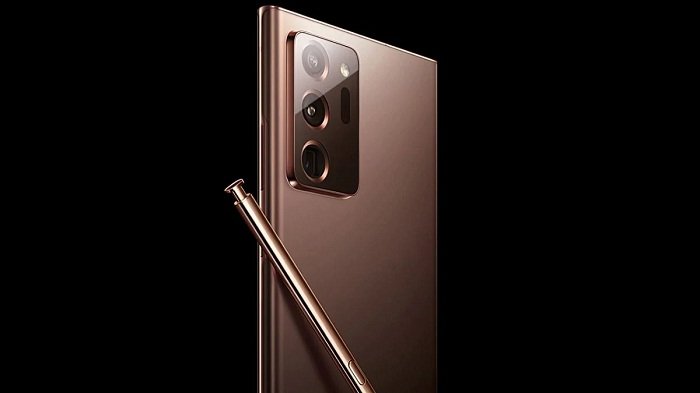 The Samsung Galaxy Note20 series is all set to debut on Aug. 5. Multiple leaks have revealed a lot of information on the specs and features of the Galaxy Note20 and Note20 Ultra smartphones.

The Galaxy Note20 Ultra 360-degree renders reveal that its display curves towards the left and right edges. Rumors have it that Note20 Ultra measures 165 x 77.2 x 7.6mm and is fitted with a 6.87-inch S-AMOLED display with Infinity-O design. It also supports a 120Hz refresh rate and is said to offer a 19.3:9 aspect ratio.

In comparison, the Galaxy Note20 360-degree renders show that it is equipped with a flat display. Previous reports have revealed that the Note20 measures 161.8 x 75.3 x 8.3mm and it could be housing a 6.42-inch S-AMOLED display with Infinity-O display design. The 120Hz display is expected to support the 19.5:9 aspect ratio.

The Galaxy Note20 has a rectangle-shaped camera housing on the backside. Rumors have it that it may house a 12-megapixel main camera, a 64-megapixel telephoto lens, and a 12-megapixel ultrawide sensor. The Note20 may arrive in colors like grey, green, and copper.