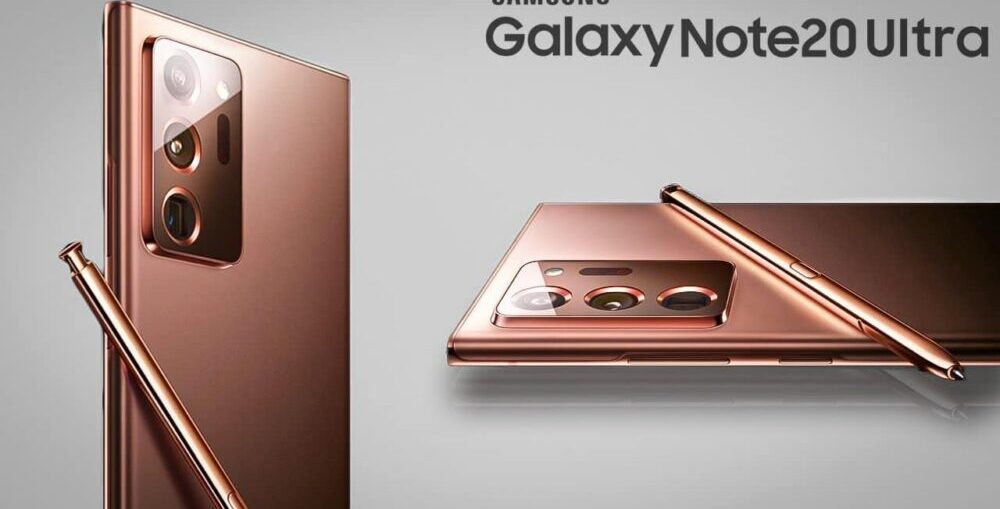 The Samsung Galaxy Note 20 series has been leaked extensively over the past few weeks as the launch date is drawing near. We have already seen plenty of images that entirely reveal the Note 20, but we now have a full list of leaked specifications as well.

Here is what we know about the Galaxy Note 20 Ultra so far.

The Note 20 Ultra will have a massive full-screen display with the exception of the centered punch-hole cutout. The 6.9-inch display comes with WQHD+ resolution and a 120Hz refresh rate on top of a Dynamic AMOLED panel. There will be an optical or ultrasonic under-screen fingerprint reader near the bottom of the display.

The back has a prominent camera module with three large lenses beside a smaller lens and an LED flash unit.

The Note 20 Ultra will sport an Exynos 990 SoC in Europe, while the international variant will come with the Snapdragon 865. This will be paired with 256GB/512GB UFS 3.1 and 12GB RAM. The massive amount of storage will be expandable even further through a microSD card.

As for the software, it will boot Android 10 fresh out of the box with Samsung’s latest One UI 2x on top. It will be optimized for cloud gaming via Project xCloud and will have automatic One Note synchronization.

The primary camera setup will include a 108MP main sensor, likely the same one as the Galaxy S20 Ultra, alongside a 12MP utlrawide unit, and two 12MP telephoto units. The telephoto camera will be capable of up to 50x space zoom, indicating that Samsung is focusing on quality this time instead of adding sheer numbers to the spec sheet.

The 4500 mAh battery will go from 0 to 50% in 30 minutes with the charger included in the box, though there is no word on exactly how much fast charging the phone is capable of.