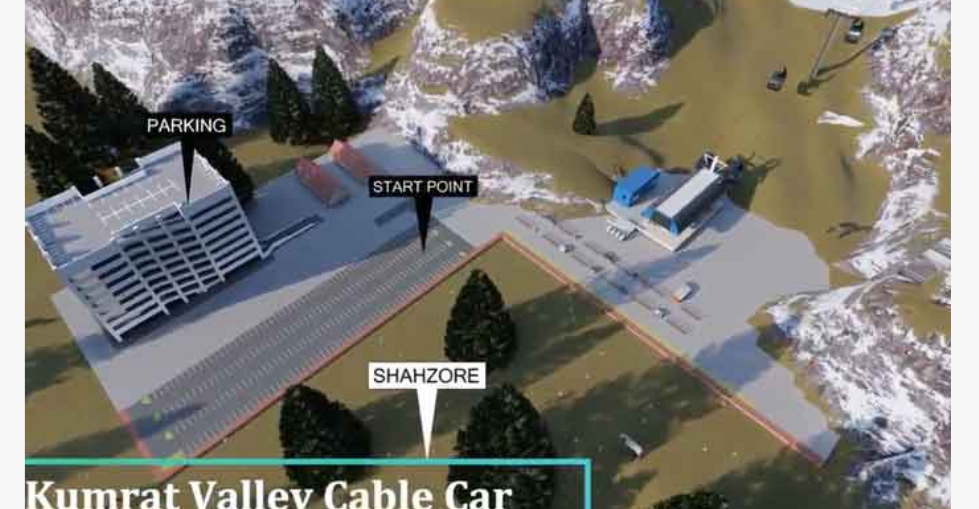 The Khyber Pakhtunkhwa government has decided to launch a cable car project at the Kumrat valley in the Upper Dir district.

It was decided at a meeting of the Tourism Department chaired by Chief Minister Mahmood Khan here on Thursday, said a handout. The meeting gave the go-ahead to the department to carry out the detailed feasibility study and engineering design of the project.

The 14 kilometres long proposed cable car project will connect the Kumrat valley to the Madaklasht valley of Lower Chitral. The planners believed the proposed cable car would be the longest and highest cable car in the world, adding it would attract 8.00 million foreign and local tourists to the province.

They said it would generate maximum employment opportunities and boost economic activities in the province. Briefing the meeting about the salient features of the project, it was told that the project would be completed with an estimated cost of the Rs32 billion.

It will have a car parking facilities on both the stations whereas it will have an intermediate station as well with restaurant and other allied facilities. The feasibility study of the proposed project would be completed in five to six months period.