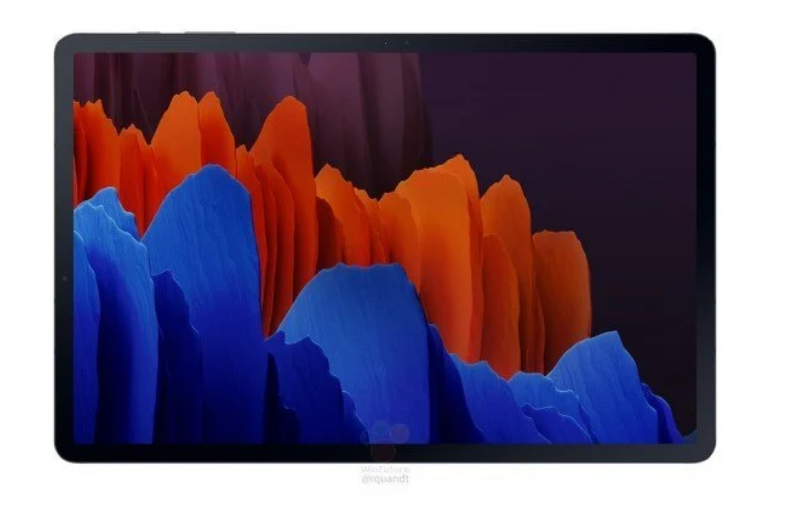 The Galaxy Tab S7 and Tab S7 Plus feature the 3.09GHz Snapdragon 865 Plus flagship chipset. The presence of Snapdragon X55 modem brings support for 5G connectivity. Both devices have LPDDR5X RAM, at least 128 GB of storage, and a microSD card slot. The Tab S7 has a 7,040mAh battery whereas the Galaxy Tab S7+ edition has a larger 10,900mAh battery. These tablets ship with 15W charger. However, they can support up to 45W fast charging.

The rear side of the Galaxy Tab S7 features a dual-camera setup that includes a 13-megapixel main lens with f/2.0 aperture and an f/2.2 aperture 5-megapixel ultrawide shooter. Both tablets support 4K video shooting at 30fps. There is an f/2.0 aperture 8-megapixel camera on the front side of the Tab S7 and S7 Plus.

The Galaxy Tab S7 series will be available with a new keyboard cover with a built-in trackpad. The other features of the Tab S7 and Tab S7+ include Wireless DeX for desktop experience, AKG-tuned quad speakers with Dolby Atmos support, 5G, Wi-Fi 802.11ax, Bluetooth, GPS, ANT and USB-C.

The Tab S7 measures 6.34mm in thickness and it weighs 495 grams whereas the Galaxy Tab S7 Plus measures 57mm in thickness and weighs 590 grams. Both models are expected to come in color editions such as Mystic Black, Mystic Bronze, and Mystic Silver. The Galaxy Tab S7 and Tab S7+ are expected to debut on Aug. 5 along with Galaxy Note20 series, Galaxy Z Fold 2, and Galaxy Buds Live.