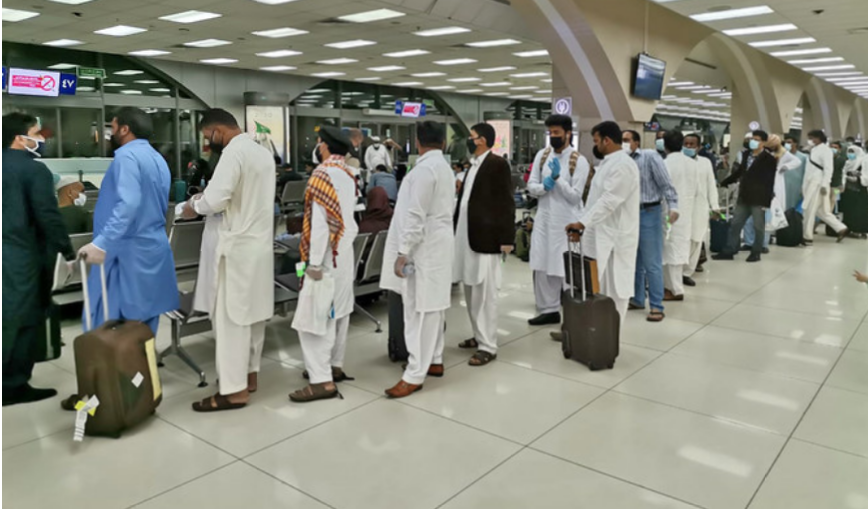 Saudi Arabia extended the validity of expired visas of all expats who are outside the Kingdom for a period of three months free of charge, the Directorate General of Passports authority (Jawazat) said on Monday.

The Saudi authority said the beneficiaries of this decision are expats whose exit and re-entry visas expired during the suspension of flights into and out of the Kingdom due to the coronavirus pandemic.

The Kingdom had suspended mid-March all international and domestic flights as part of its efforts to contain the spread of the coronavirus.

The country had started towards the end of May implementing its phased reopening plan and eventually announced the “return to normalcy” on June 21.

It lifted the ban on domestic flights from May 31, however, international flights in and out of the Kingdom remain suspended.

The Kingdom’s aviation authority said in mid-June that it was reviewing the decision to resume international flights but announced last week that it has not set a specific date for the resumption of international travel.

Saudi Arabia reported 268,934 confirmed coronavirus, 222,936 recovered patients and 2,760 deaths as of Monday, according to the Ministry of Health.