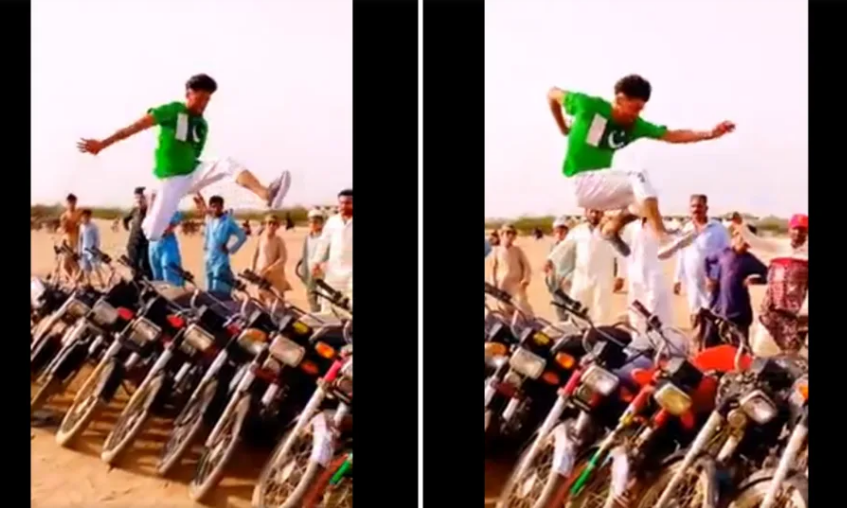 A widely shared video of a young man jumping across a number of motorcycles parked in a row has earned applause on social media.

Social media users gushed over the man’s jumping skill, who appeared to be self-taught.

One of the Twitter users suggested that the man could be turned into an asset for Pakistan if he were to be trained for the Olympics.

Imagine finding him, working on him and preparing him for olympics long jump… pic.twitter.com/kEozipEmvV