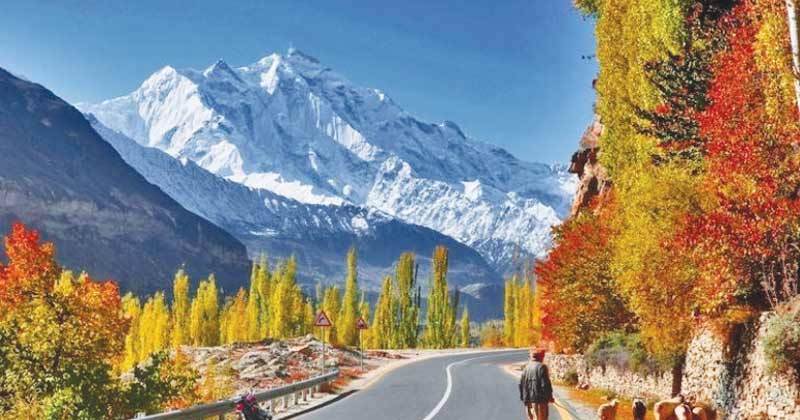 The Government of Gilgit-Baltistan has green signalled to resume tourism-related activities in the province, Chief Minister’s(CM) spokesperson on Friday said.

The Caretaker Chief Minister Mir Afzal Khan has issued instructions to open the tourism sector in the province with the implementation of standard operating procedures (SOP)s.

The admission of visitors will be subject to the clearance of medical reports, the spokesperson said, adding that the tourists will be allowed to enter the province from tomorrow.

Yesterday, Planning and Development Minister Asad Umar had announced to reopen dine-in restaurants and beauty salons across Pakistan on August 10 as the efforts against the coronavirus pandemic seem to bear fruit.

Umar had added that a review on the decision to reopen educational institutes on September 15 would be done on September 7. Businesses would go back to their normal pre-coronavirus timings as well.

Sports and games would be allowed to resume but without spectators, and pillion-riding was permitted as well, he said. Travelling in public transport while standing, however, will not be allowed, he added.

Beauty parlours, exhibition centres, and shrines were being allowed to open, he had said, but warned people to follow the SOPs in large gatherings at the shrines and seek permission from the administration before events that may attract crowds.

“The hospitality sector, restaurants, cafes… a lot of people work in this sector and they were facing a lot of hardship,” he stated. “So outdoor and indoor establishments will reopen on Monday, August 10.”

However, the restrictions on passengers in train and airplanes were to continue until September.

“Passengers will be able to travel on the airplanes in a normal manner from October 1,” Umar had said. “The situation was brought under control with the cooperation of the people.

The move to reopen the country came following a meeting of the National Coordination Committee (NCC) and discussion on recommendations in the National Command and Operations Centre (NCOC), he said, referring to the primary body overlooks the efforts against the coronavirus pandemic in Pakistan and that he heads.