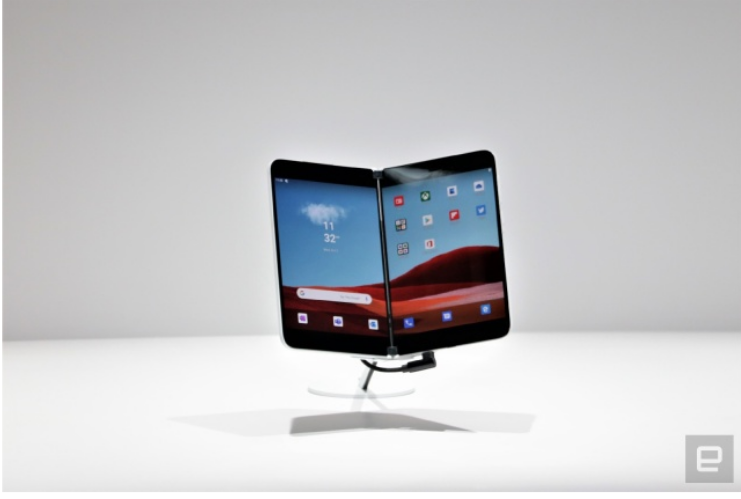 Surface Duo while claiming the dual-screen Android device will launch with AT&T. Theydd not provide release details or pricing, but it’s safe to say that monthly payments could make it easier to justify the unique clamshell device.

While Microsoft is officially sticking to a holiday 2020 release window, WC has claimed that the Surface Duo could be available as soon as the week of August 24th. The hardware recently cleared the FCC.

The renders themselves don’t appear to share anything new, although they’re a friendly reminder that offering an Android device with Google apps also means agreeing to the search giant’s policies, including the presence of a Google search bar on one of the default home screens.

The Duo might not be as expensive as you’d expect. While the two 5.6-inch AMOLED screens are clearly its highlights, the new Surface might include modest hardware like a 2019-era Snapdragon 855, 6GB of RAM and up to 256GB of storage. You’d also get just one 11-megapixel camera for video chats and selfies.

As Microsoft has hinted for a while, the Duo could really be focused on the software — it would be more about multitasking for work than competing with the latest high-end phones.