Skip to content
You are here
Home > Did You Know! > Entire Government of Lebanon Including PM Resigned Over Beirut Blast [Video] 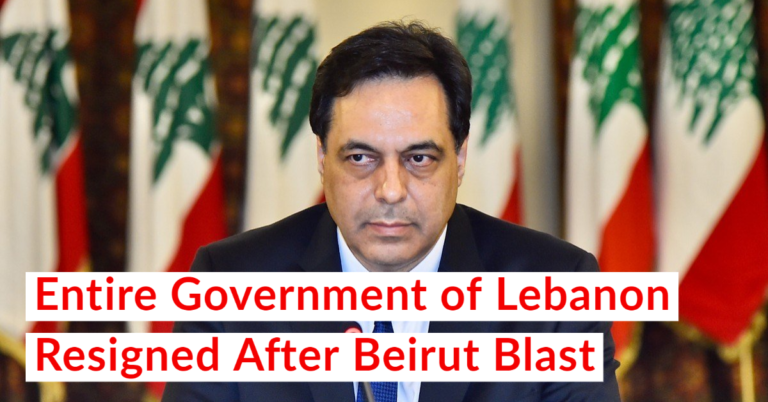 The entire Government of Lebanon has resigned over the Beirut explosion that killed over 160 people and injuring more than 6,000.

In a statement, Hassan Diab has said that he has taken a step back so he can stand with the people of Beirut to bring the change.

The protests have been sparks all around Lebanon that demanded political change in the country. PM further blamed the policial class and labeled them as corrupt who have ruled the country for last 30 years.

PM Hassan Diab also told in the Press Conference that he demands to hold acocuntable who are behind this blast.