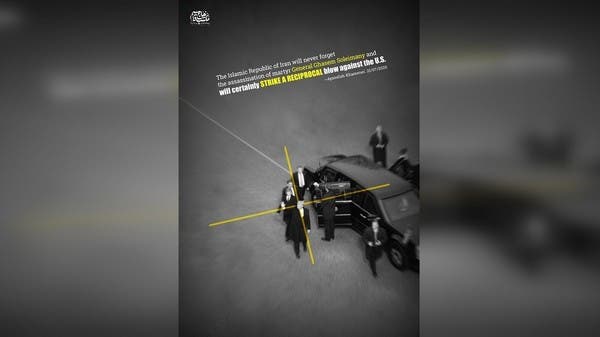 The Qassem Soleimani Foundation Twitter account posted, and then deleted, an image showing US President Donald Trump in crosshairs on Monday and vowed retaliation against the US for killing the slain Iranian general.

The tweet included a quote from Supreme Leader Ayatollah Ali Khamenei that said Iran will never forget the US killing of Soleimani and “will definitely strike a retaliatory blow to the Americans.”

Khamenei made the remark during a meeting with Iraqi Prime Minister Mustafa al-Kadhimi last month in Tehran.

The Twitter account is run by the Qassem Soleimani Foundation which is headed by Soleimani’s daughter Zeinab Soleimani who herself has called for revenge in numerous media appearances.

Soleimani, who headed the Quds Force, the overseas arms of Iran’s Islamic Revolutionary Guard Corps (IRGC), was killed in a US airstrike at Baghdad’s international airport on January 3.

Iran retaliated days later by launching a ballistic missile strike against military bases in Iraq hosting US troops. Hours later, the IRGC shot down a Ukrainian passenger plane over Tehran that it said it mistook for a cruise missile after days of denying responsibility.