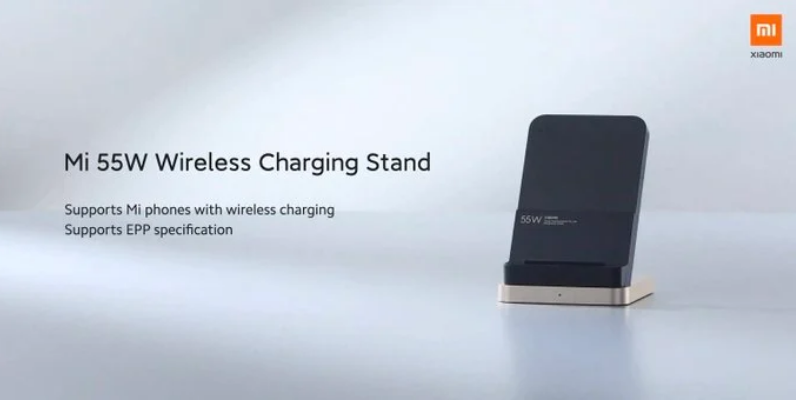 The wireless charger has a dual-color design – a black upper part and a gold base that appears to be made of metal but might actually be plastic. There is an LED at the bottom which should turn on when the device is plugged in.

The charger will charge any Xiaomi phone with support for wireless charging including the Mi 10 Ultra that supports 50W wireless fast charging. It also supports the Extended Power Profile (EPP) specification.

The Mi 55W Wireless Charging Stand is priced at ¥199 (~$29), the same price as the 30W wireless charger that was announced alongside the Mi 10 series in March.

Last year, Xiaomi announced a wireless charging pad that didn’t require a user to align their device with the charging coil. All you have to do is place your device on the pad and a dot of light will trace the phone until it finds it and then begins charging it.

Today, the Mi 20W Smart Tracking Charging Pad was announced again. It has a price tag of ¥499 (~$72), comes in white, and can charge two devices at the same time.

The car charger will go on sale on August 18.