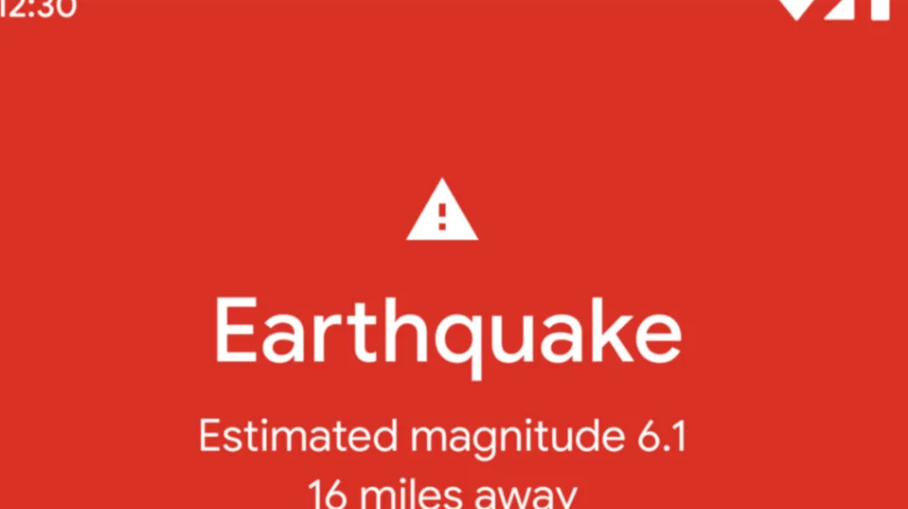 Everybody with an Android smartphone is now able to help Google determine correctly when an earthquake occurs.

By Tuesday on, Android phones running the 5.0 and higher operating system will pick up and report any seismic activity to Google. The information is then used by Google to specifically notify Android users in California in search results.

Google uses the integrated accelerometers of the telephones to newly guide the compass and staring applications. Now the sensor will also cause an earthquake and report it to Google.

When you look up “earthquake” or “earthquake near me,” Google will use the accelerometer data to quickly report back information about the quake. The information will be pooled together and sent to a dedicated server to let Google know a lot of people in a certain area are experiencing some unusual movement. So if your phone erroneously detects some seismic movement, Google should notice that it was only your phone flagging a potential quake.

While Google will be collecting data from all Android phones worldwide, only users in California will get notifications directly to their phones starting Tuesday.

Android is using the ShakeAlert notification system from the U.S. Geological Survey to notify Californians about a recently detected quake. If you have an Android in California you will no longer need to have a separate ShakeAlert-powered app on your phone to be notified. Like those other apps, Google will use phone data as well as information from the USGS’ ground motion sensors. While we can’t predict earthquakes, people can be alerted as soon as one strikes nearby so they have a bit of notice before they feel any shaking.

Android users will see the red earthquake alert and the suggestion to “drop, cover, and hold” once Google detects an earthquake. These notifications are similar to those sent by the statewide MyShake app or Los Angeles County’s ShakeAlertLA (both free on iOS and Android). Google’s notifications will appear on the phone’s main screen.

Google didn’t provide information about any quake thresholds it has put in place, although an alert rendering shows a warning for a 3.1 magnitude earthquake. Meanwhile, the ShakeAlertLA app only alerts users of temblors with a magnitude of 4.5 or above. That bar was lowered from 5.0 after people complained they weren’t alerted last year during an earthquake that only mildly impacted LA. There’s been considerable debate about when people should be warned. If you set the threshold too low, it may create unnecessary panic. If it’s set too high, people may feel slight shaking without any warning. According to UC Berkeley researchers who developed the MyShake app, most smartphones’ sensors can record 5.0 earthquakes or above within roughly six miles of the earthquake’s epicenter.

Google expects to expand the automatic alerts to Android users in other states and countries in the coming year.