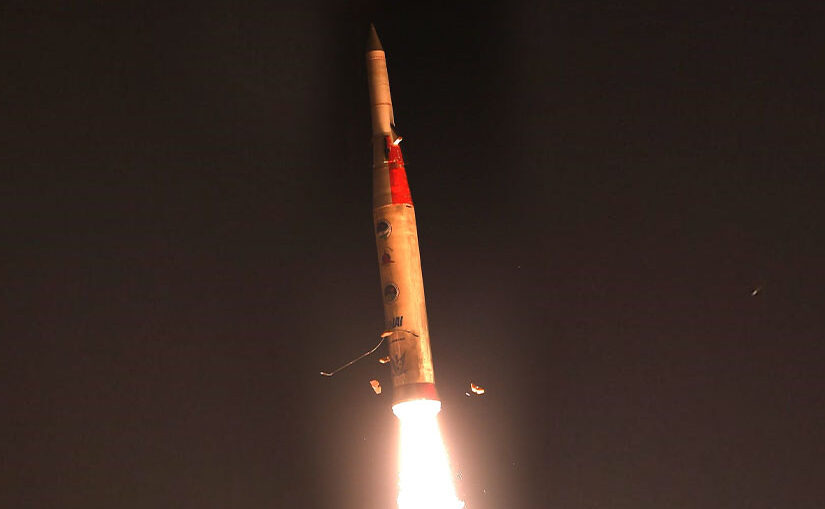 The system successfully intercepted a Sparrow target missile simulating a long-range surface-to-surface missile, which could one day be fired at Israel by Iran, such as the Shahab 3 medium-range ballistic missile (MRBM), complete with an explosive warhead.

“The target simulated what our main enemy would fire,” according to Moshe Patel, head of the Israel Missile Defense Organization (IMDO) in the Defense Ministry.

The test, which was conducted at 11:45 p.m. at a test site in central Israel, was led by Israel Aerospace Industries (IAI) along with the IMDO, part of the Directorate of Defense Research and Development (known as MAFAT in Hebrew), the MDA, and the Israeli Air Force.

The interception was conducted by IAF service members together with engineers from the institutions involved in the system’s development. The various layers of Israel’s air defense mechanism were employed in this test, in order to ensure their readiness and efficacy in operational scenarios.

Boaz Levi, IAI’s Executive VP and GM of Systems, Missiles and Space Group, told reporters that “the test was just perfect; all the systems worked as anticipated.”The radar locked in on the target, which had been launched from the West, and followed it the entire time before it was intercepted and completely destroyed – exactly when it had been planned.