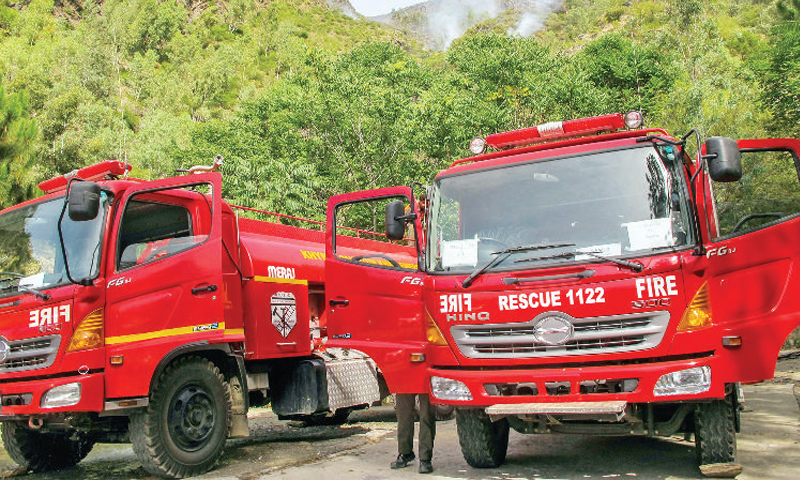 The director-general of Provincial Disaster Management Authority (PDMA) announced on Wednesday that a unified rescue service like Punjab’s ‘Rescue 1122’ will be launched in six divisional headquarters of Sindh province.

The upcoming rescue service will be comprised of different teams for firefighting, ambulances and urban search and rescue operations.

The sections will be divided among different institutions as the firefighting operations will be administered by Karachi Metropolitan Corporation (KMC) and ambulances will be run by Aman Foundation.

The PDMA will run the urban search and rescue operation, whereas, a unified call centre will be established for collecting all three genres of the complaints.

According to the plan presented by PDMA, seven teams will be constituted for urban search and rescue besides dedicating services of two teams for Karachi and others for each division province. In order to follow the international standard, 60 to 62 persons will be part of urban rescue team.

A total of six stations will be established for the urban rescue team in the provincial capital Karachi, whereas, expert swimmers will be deployed in two stations to be established near the beach to respond to drowning incidents.

The PDMA director-general said that the project has been planned with the help of a global consultant and PC-1 of the rescue service will be submitted to the planning and development department.

He added that the unified rescue service project will be launched within the period of one and a half year by the fund of the World Bank (WB) after getting approved by the government.