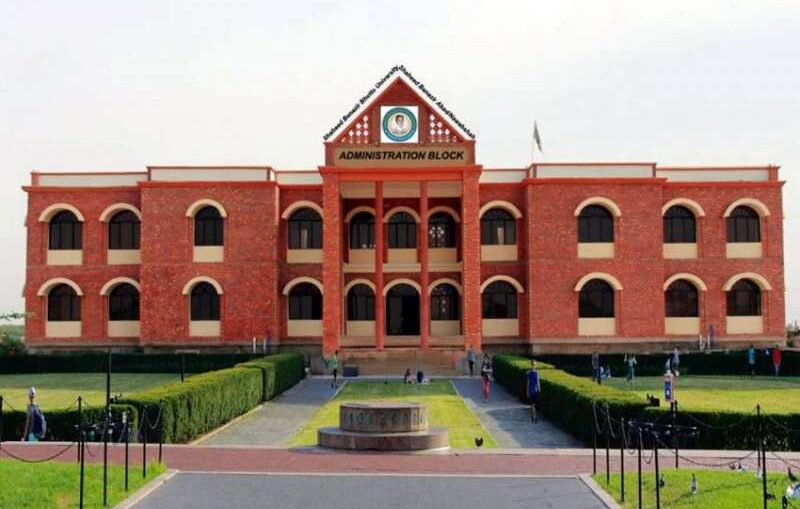 The Shaheed Benazir Bhutto Women University Peshawar (SBBWUP) has launched a series of webinars to create awareness among students interested to take admission in the university.

The first webinar was held at the campus where Vice- Chancellor SBBWUP Prof Dr Razia Sultana along with other officials enlightened the audience about their respective domains and the future prospects for the students.

Speaking on the occasion, Dr Sultana stated that the webinars would be held every Thursday from 11 am to 12:45pm. She added that it was an attempt to provide a chance to the girls to acquire higher education in Covid-19 situation.

“This was an attempt to make sure that every female across KP and its surrounding areas especially the newly-merged areas get a chance to know about the university,” she added. She said that my staff was enthusiastic to welcome new students. “We have effectively managed online BS, Masters and MS classes and successfully conducted online exams as well,” she said. “We pray that the pandemic situation stabilises soon so that we may welcome students on campus but if the situation remains the same, we are ready to take the next semester online in order to avoid any break in the academic path of the students,” she added.

An extortionist and infamous criminal wanted by the local police was gunned down in an encounter at Kohat, officials said.

Kohat District Police Officer Javed Iqbal Wazir said a notorious criminal wanted to police for extortion calls as well as other crimes including terrorising the public was gunned down in an encounter with the police.

The official said police also recovered an AK 47 rifle and magazines after the encounter.